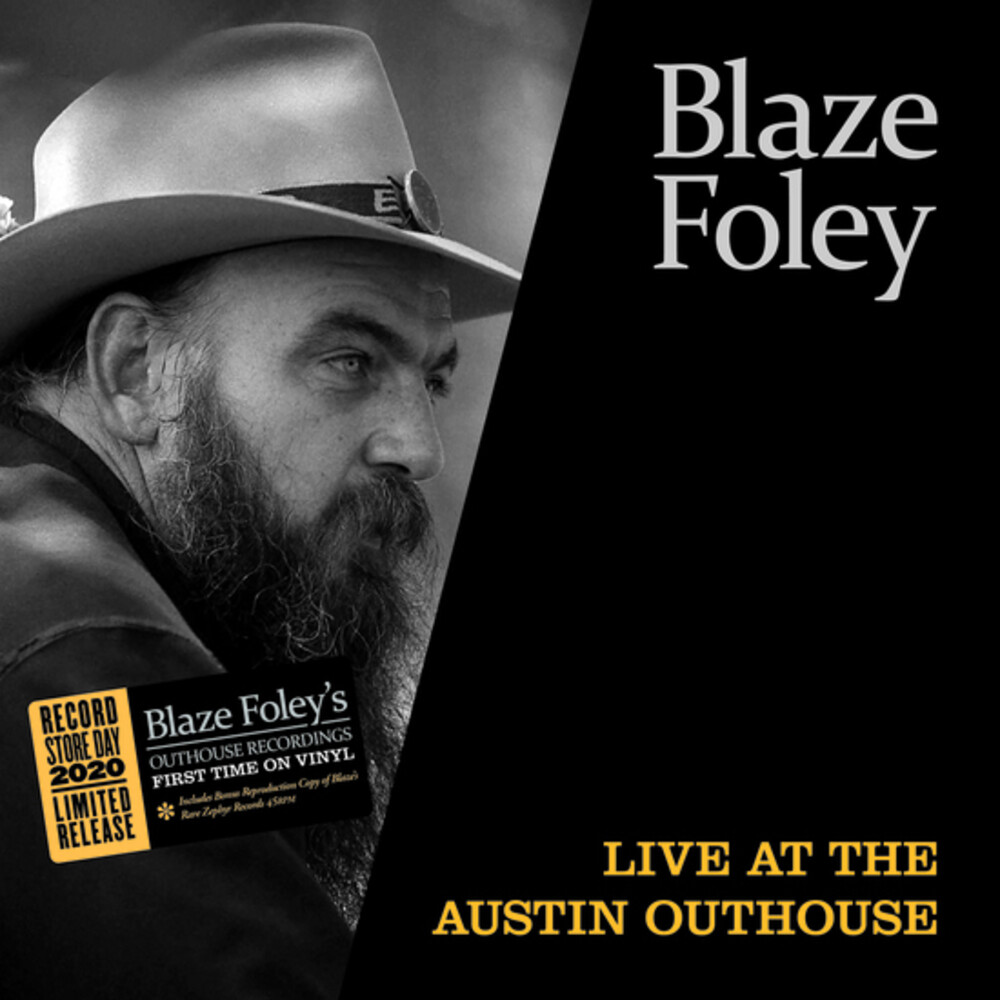 * Rare Blaze Foley recordings from the Austin Outhouse circa 1989
* Includes bonus 45 a version of “If I Could Only Fly” and “Let Me Ride in Your Big Cadillac.”

“Live at the Austin Outhouse” captures Blaze Foley, Austin's legendary singer-songwriter, at his final appearance at the iconic Austin Outhouse venue. Recorded over two nights in 1989 just days before his tragic murder these twelve tracks are available on vinyl for the first time. Recorded by his friend John Casner these now classic Blaze tracks were for years only shared on hand-made cassettes among a small network of friends and fans. This vinyl LP marks the twenty-year anniversary of their initial release on CD by Lost Art Records.

While Blaze’s reputation as a singer-songwriter has exploded in recent years, access to his catalog on vinyl has not kept pace. The tracks here include many of his classics; Clay Pigeons (covered by John Prine), If I Could Only Fly (covered by Merle Haggard), Election Day (covered by Lyle Lovett) and nine others. Blaze is joined in this set by several of Austin’s most beloved musicians including Champ Hood and Sarah Elizabeth Campbell. “Live at the Austin Outhouse” reveals Blaze to be as talented and soulful as his friends and running buddies Townes Van Zandt and Lucinda Williams.

Foley is also the subject of a documentary film, Blaze Foley – Duct Tape Messiah, directed by Kevin Triplett, and the 2018 feature-film, Blaze, directed by Ethan Hawke.

The package includes a bonus reproduction copy of the Blaze’s rare 1979 Zephyr Records 45 RPM record. Recorded in Houston, Texas on a label that quickly disappeared, the Zephyr 45 never received commercial distribution. The 45 includes
a version of “If I Could Only Fly” and “Let Me Ride in Your Big Cadillac.”
THIS RELEASE IS BEING CHAMPIONED BY THE RSD PARTICIPATING STORE END OF AN EAR IN AUSTIN TX. IT WILL BE AVAILABLE TO ALL STORES BUT WILL MOST LIKELY BE FOUND IN THAT REGION