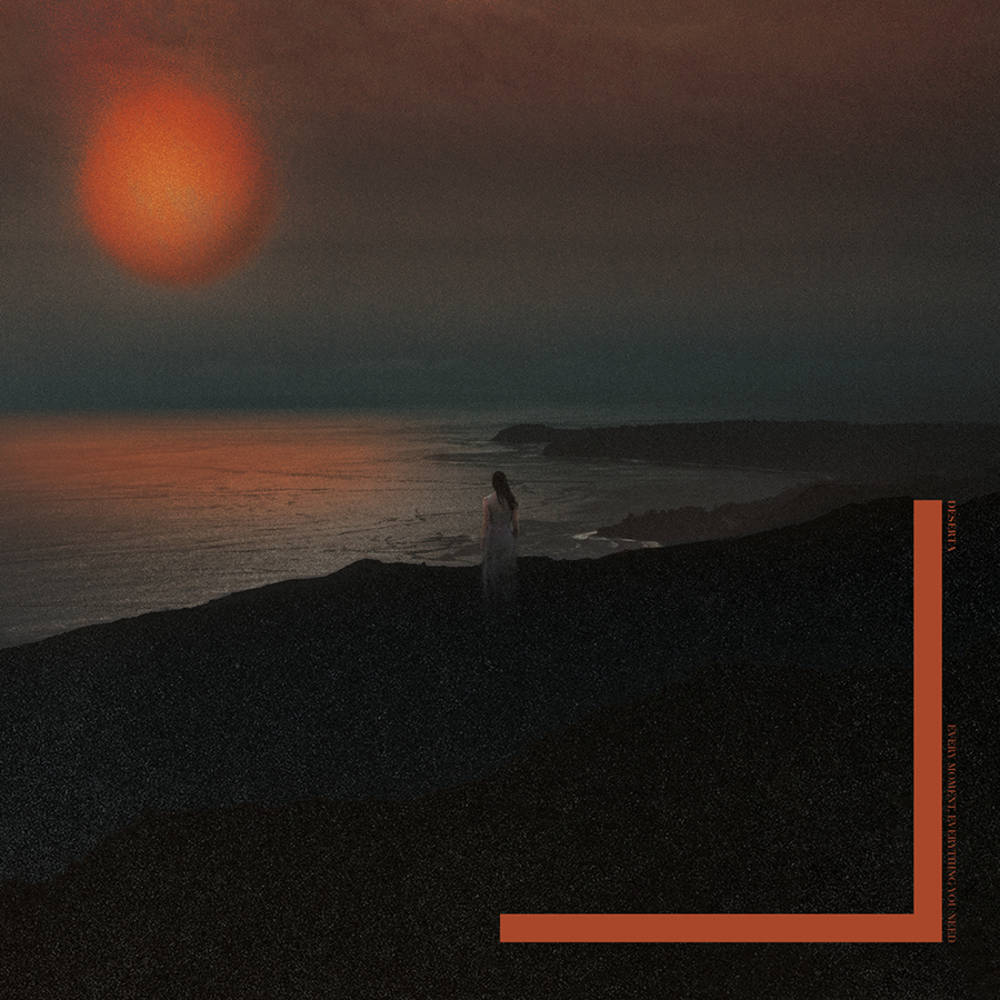 For Matthew Doty, Deserta has always been about exploring a sonic universe that allows him to express a kaleidoscope of emotions, without having to say much at all. Through a patchwork of reverb-tinged textures – drone guitars, lingering synths and driving percussion – the Los Angeles-based singer/ songwriter and multi-instrumentalist weaves together stories of care, frustration and catharsis that ultimately stretch to a gentle resolve. On new album Every Moment, Everything You Need, Doty chronicles the kind of year we all fear, full of uncertainty, tension and sustained pressure, and transforms it into a celebration of perseverance. It’s an essential reminder that we have the power to shape the stories we tell.

The pandemic meant that Doty had to give up his studio and downsize a lot of his gear and instead, carve out a space in his two-bedroom apartment to craft the next chapter of Deserta. Sharing the space with his wife and son, Doty and his partner are also essential healthcare workers, which meant the couple would often have to tag-team childcare, along with 13-hour shifts in PPE and people constantly calling with questions about the ever-changing guidelines and protocols.

Once the blueprint for Every Moment, Everything You Need was set, Doty reached out to a number of collaborators to stitch together his vision for the sonic landscape. James McAlister (Sufjan Stevens, The National, Taylor Swift) came onboard to perform and record drums, while Caroline Lufkin (Mice Parade) wrote and performed vocals on the ethereal “Where Did You Go.” Elsewhere, the LP was mixed by Dave Fridmann (Tame Impala, Mogwai, Interpol), with Beach House and Slowdive producer Chris Coady engineering and co-producing, making this the first time Fridmann and Coady had worked together on a project.

While the vocals are more prominent than Deserta’s previous albums, it’s their amalgamation with the instrumental aspects that secures Every Moment, Everything You Need as Deserta’s most confident and assured release to date. An affecting emotional candor teamed with persistent riffs and tenacious rhythms sees Doty unafraid to dive deeper; an unrestrained approach that ushers in a lustrous purging of agitation and anxiety. Showcasing those dark, exhaustive thoughts through crucial swells and looped, electronic soundscapes, it’s an LP that’s infinitely layered, with something new to discover with each and every enchanting listen.