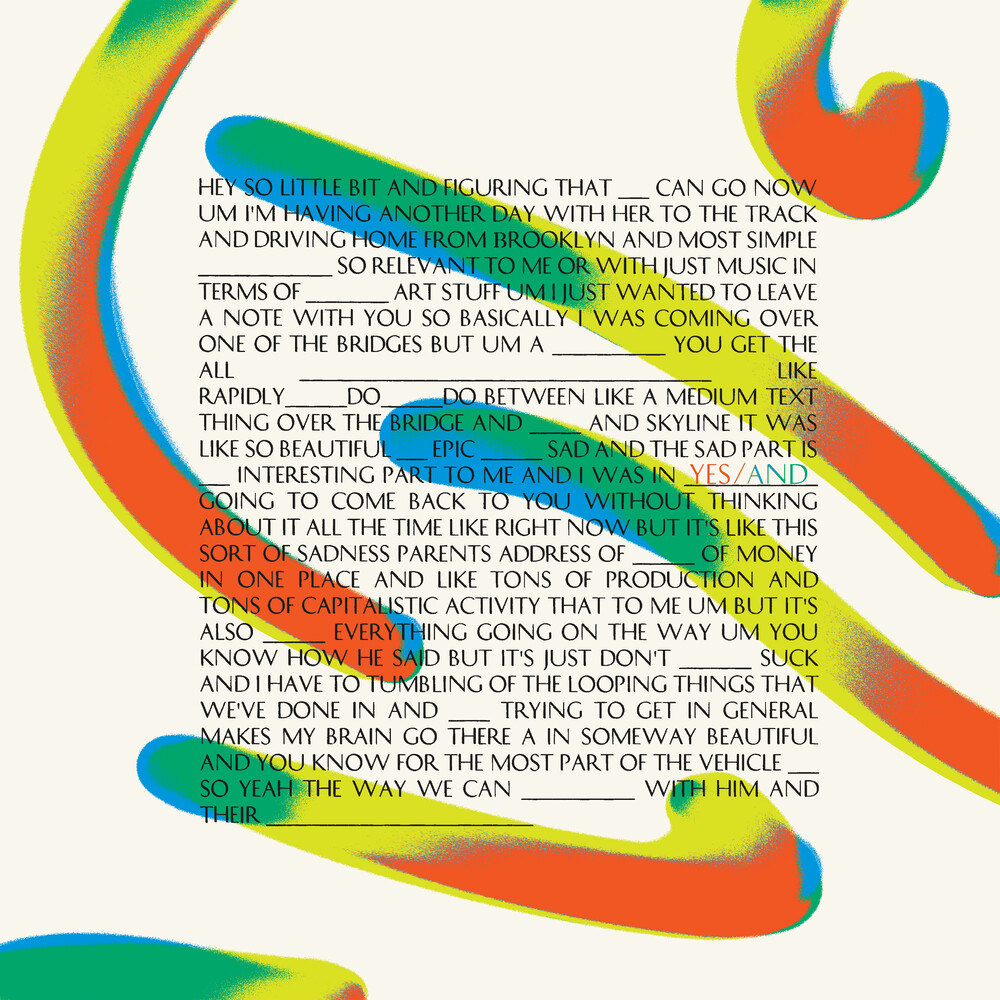 The charged partnership of versatile guitarist Meg Duffy (aka Hand Habits) and producer Joel Ford (Oneohtrix Point Never, Jacques Greene, North Americans) took shape during pandemic-shadowed studio sessions in Los Angeles, gradually congealing into a poetic sonic language compellingly distinct from their respective discographies. As the moniker alludes to, 'yes and' embraces an elusive, curious forward momentum, spiraling but subdued, between divination and dissipation. Despite the album's experimental nature, it's 10 tracks feel distinctly intimate and emotive, imbued with a strange optimism, both open-ended and opaque. The song titles reflect a similar duality, alternately blunt and oblique ("Learning About Who You Are," "In My Heaven All Faucets Are Fountains"). Their musical instincts are oddly complementary, with Duffy's tactile fingerpicking and string caresses framed by Ford's spatial textures and compositional patience, conjuring an elevated theater of rare air and veiled escape. It's a suite born of friendship and depths, as tangled as it is translucent, somehow barely there yet far beyond the sum of it's parts.