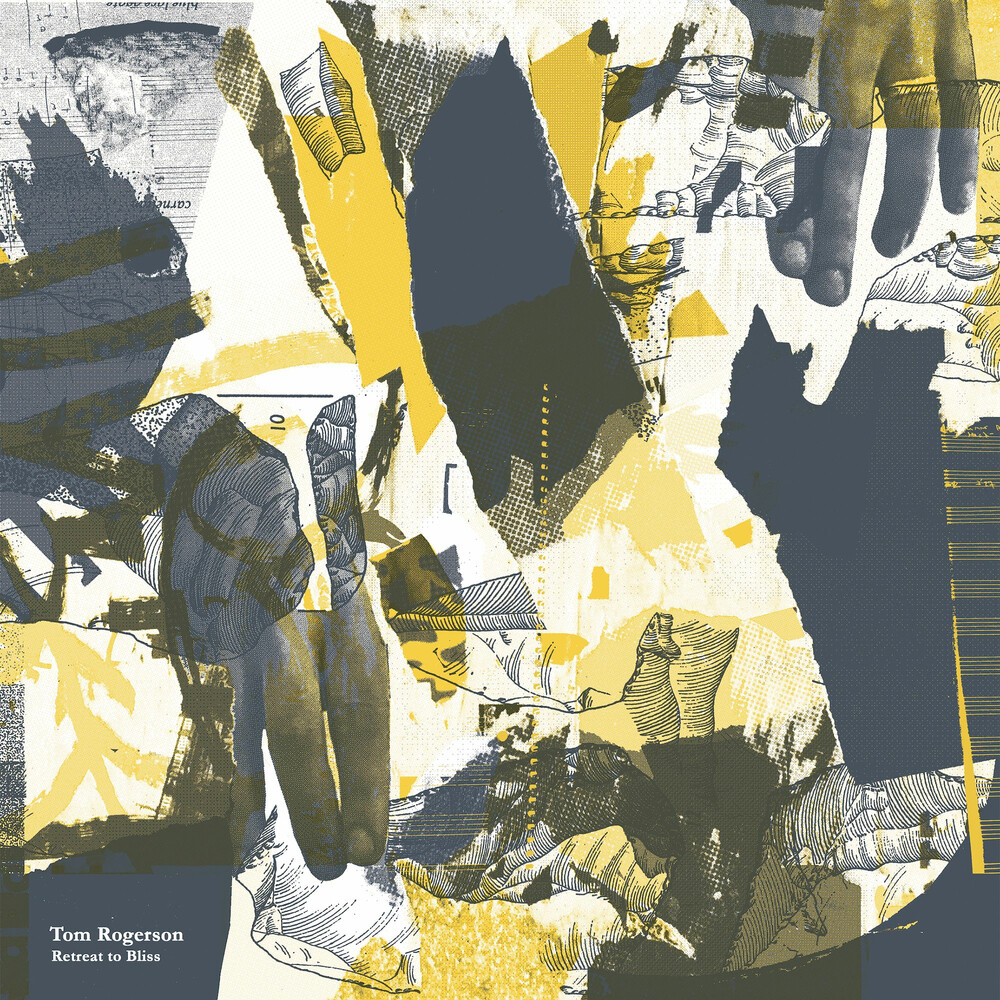 Since the release of his last album - 2017's Finding Shore, a collaboration with Brian Eno - pianist and singer-songwriter Tom Rogerson's life has undergone a number of dramatic transformations. While writing his new album Retreat to Bliss, Rogerson had a child, lost a parent, and received his own diagnosis of a rare form of blood cancer. The new decade brought him from Berlin to the Suffolk of his childhood, composing profound pieces of minimal songwriting in the church next to his parents' home. Rogerson studied composition at the Royal Academy of Music under mentors like Harrison Birtwistle, and he made his live debut as an improvising pianist in 2002, before releasing an improvised record with Reid Anderson (Bad Plus) and Mike Lewis (Happy Apple, Bon Iver) in 2004. He formed the band Three Trapped Tigers in 2007, expertly blending elements of electronic, jazz and noise rock into a cohesive whole. The band earned a reputation for innovative live shows and went on to perform and collaborate with artists like Brian Eno, Deftones, and the Dillinger Escape Plan. It was working with Eno, another Suffolk native, that eventually led Rogerson back to his roots and back to a place where he could write Retreat to Bliss, his solo debut album."All my life, the piano has been my constant companion, my confessor, my best friend, and my worst enemy," Rogerson explains. "I've always written music on and for the piano, but it felt too personal, too private to release."Indeed, listening to Retreat to Bliss feels almost like eavesdropping, as though you're crouched in the belfry of a Suffolk church, bearing witness to a form of musical bloodletting. For the first time in his noteworthy career, Rogerson has combined masterful piano playing and subtle electronics with the texture of his own voice, an attempt to express deeply private emotions that were difficult to articulate using instrumental music alone. "The last few years have brought some struggle, some joy, and a lot of change. My response has been to retreat to what I trust the most: the piano, my voice, and the landscape I grew up in. That's how the album got it's title, and how I came to be ready finally to release a solo record."Secular yet devotional, intensely personal yet profound, the experience of listening to Retreat to Bliss seems to evade characterization. It's physical and emotional, a glimpse into the mind of an artist who has chosen exposure over withdrawal, who uses his command of the piano to chart an unflinching path forward, never looking back.