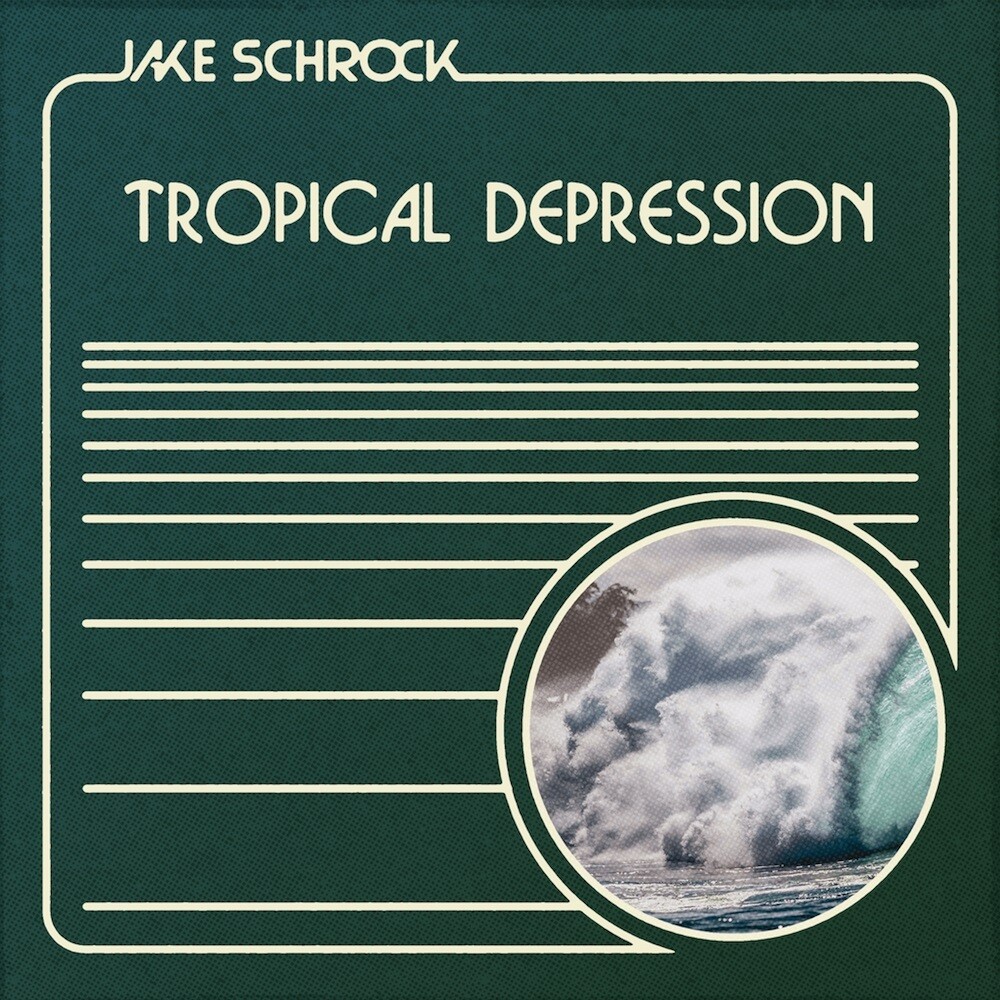 Tropical Depression is back-the 2018 breakout full-length by Dallas-based analog synth producer Jake Schrock is now available on vinyl for the first time. Since it's initial release, this collection of cinematic arrangements and smooth jams has marked the seminal debut of a remarkable new talent whose timeless aesthetic has made him an underground fan favorite of the synthwave world. Collectors of library records and lovers of classic synth-pop have converged in support of Schrock's inspiring songwriting and vintage hardware-based sound palette to keep demand for an LP reissue high. Now after much anticipation, Tropical Depression is finally shipping out August 12th on 12-inch black vinyl to the delight of his dedicated, international fan-base.Born and raised in North Texas, Schrock enrolled in sound recording school at the age of 19 and befriended fellow student Michael Stein, who would go on to become a member of electronic quartet S U R V I V E and an Emmy-award-winning composer for the massively influential Stranger Things score. Sharing a bond over their mutual interest in analog electronics and love for artists like Jean-Michel Jarre, The Human League and Cabaret Voltaire, Schrock and Stein continue to be close friends to date. The unmistakable richness of synthesizers and drum machines from the 70s and 80s inspired Schrock's early penchant for sound design and has remained the enduring voice of his work ever since. Using instruments such as the Roland CR-68, Sequential Circuits Prophet 600 and Moog MG-1, Schrock fully embraces the soundscape and technical capabilities of equipment that is often forty plus years old as his creative framework. As he honed his technique, Schrock has found a space that gives nods to many progressive synth genres from the past by way of a uniquely personal and modern lense, resulting in expressive music with a satisfying depth of maturity. Tropical Depression established Schrock as a fresh up-and-coming name within the greater sphere of analog synth enthusiasts. Songs like "Progress" and "Hyperphysics" are confident and playful as they journey successively deeper into the kind of tonework that sends most gear nerds into an envious state of euphoria. Other pieces like "Cerebral Shelter" and "Cosmic Ocean" feature slick bass lines and propulsive beats that float through dense atmospheres of lush strings and ambient vocoder swells. As the tracklist seamlessly oscillates from hypnotic rhythms to experimental breakdowns, the album is underlined by persistently ominous melodic motifs that bring together a comprehensive unity and feels as much like an extended singular work as it does a series of awesome tracks.Jake Schrock's impressive inaugural release has remained at the top of wishlists for many audiophiles since it's original publication. Now Tropical Depression's heavy dose of humanism through synthesized sound is here again and sounding better than ever.