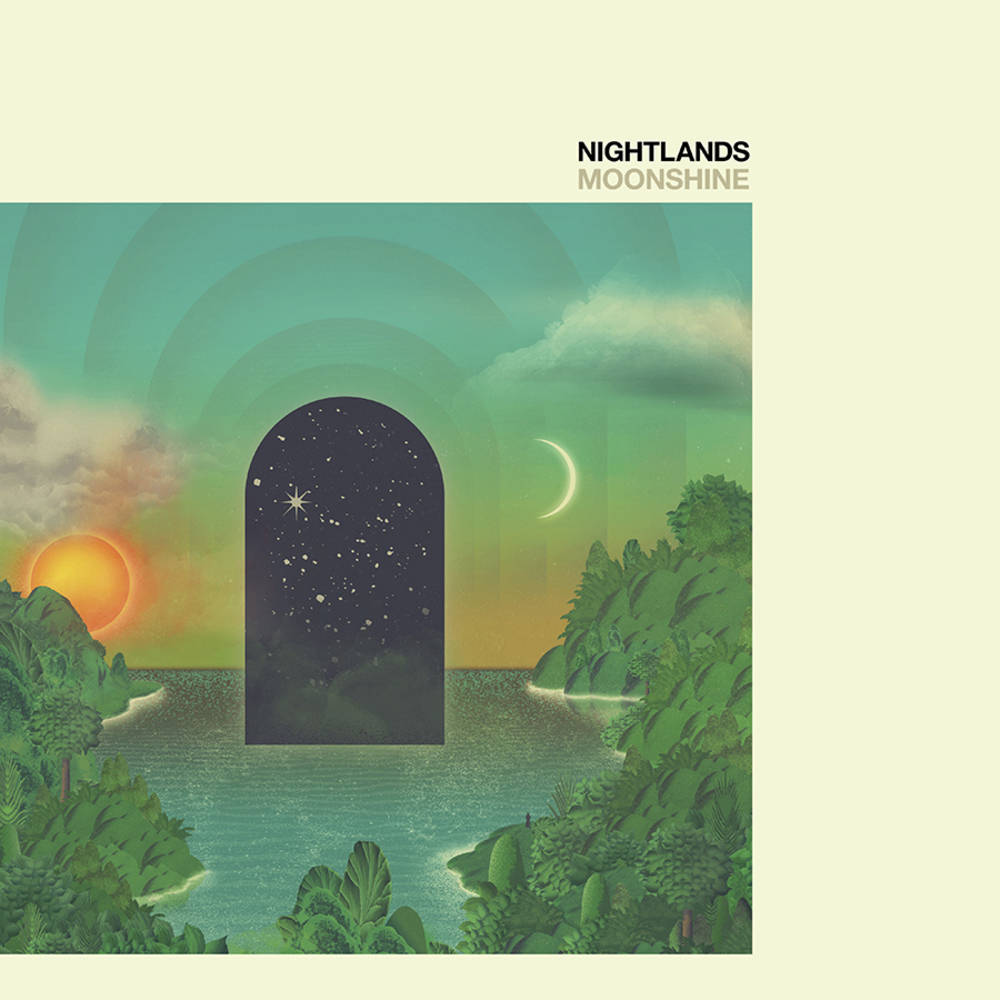 Amid massive global paradigm shifts Dave Hartley (aka Nightlands) became a father twice over and left his native Philadelphia for Asheville, where the pace of daily life is slower and it's easier to maintain a zoomed-out perspective on modern life. From the newfound refuge of a studio he built using the bones of a barn attached to his hundred-something-year-old house in the mountains, Hartley has tailored a collection of well-crafted pop rock, pointedly titled Moonshine. Guided by some of the harmonic sensibilities that have helped make The War on Drugs a force in modern music, Moonshine combines immaculate-yet-dense vocal stacks and billowy clouds of effected keyboards with classic songcraft, revealing previously unseen acreage in the unfurling dreamscape that is Nightlands. The surrealistic album art by Austin-based illustrator Jaime Zuverza depicts an archway opening to the stars over the surface of an idyllic sea flanked by both moon and sun. Similarly, Moonshine reveals portals within portals leading to ever deeper places in Hartley's vocal-centered labyrinth.