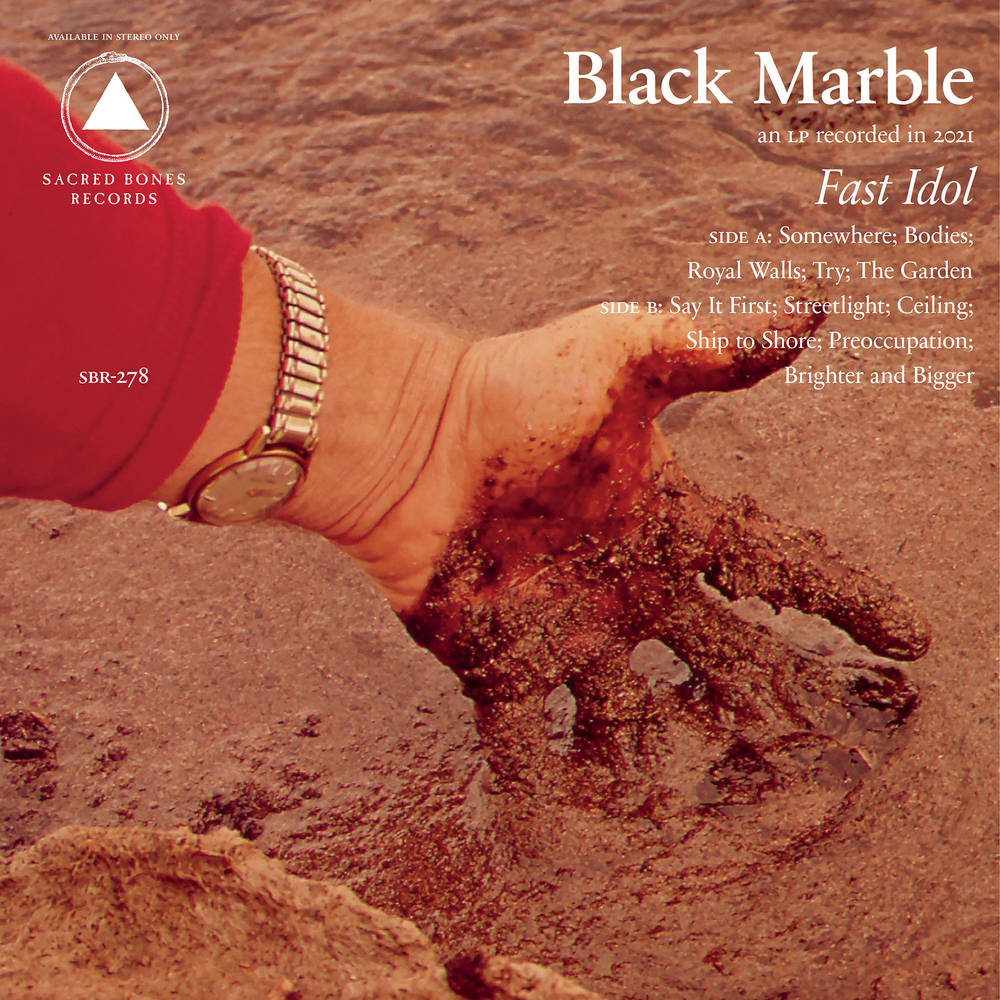 On Fast Idol, LA-based Black Marble reaches back through time to connect with the forgotten bedroom kids of the analogue era, the halcyon days of icy hooks and warbly synths. Harmonies are piped in across the expanse of space, and lyrics capture conversations that seem to come from another room, repeat an accusation overheard, or speak as if in sleep of interpersonal struggles distilled down to one subconscious phrase. At the same time, percussive elements feel forward and cut through the mix with toms counting off the measures like a lost tribe broadcasting through the bass and tops of a basement club soundsystem.

Melodies roll with the fizz and charm of Jacno and phrases repeated are electric torchlight ballads sung after hours in William Gibson’s San Francisco. ‘Somewhere’ opens in sombre herald, before dropping into a fast freeway tempo; the glassy synths and crisp beats cut through the anxious moods on ‘Bodies’ and ‘Try’ sits in a lineage with cult bands like Asylum Party. ‘The Garden’ is a journey through a post-apocalyptic cityscape, earthed by the pulse of a drum machine whereas ‘Ship To Shore’ could be a lost Oppenheimer Analysis B-side, and the album’s closer ‘Brighter and Bigger’ catches a sentiment like The Dadacomputer has learned to feel emotions. He captures the loneliness of Ray Bradbury’s atomic-era sci-fi and the apocalyptic but revolutionary spirit of Godard’s Sympathy for the Devil, as in ‘Preoccupation’, the beating heart of the album, which conjures ambivalent scenes of an empty world and the comfort to be found in a shared humanity.

Emerging from the early 2000s New York synth scene, Black Marble carried on the tradition of early synthwave pioneers like Martin Dupont and Modern Art who repurposed synths once reserved for expensive studios and stadium rock superstars. Seeking to channel this spirit, Black Marble recalls the gauzy tape wow and flutter of The Membranes and the warbling VCO of Futurisk, carrying on a sound that seeks to channel the future while imprinting residue of the past.