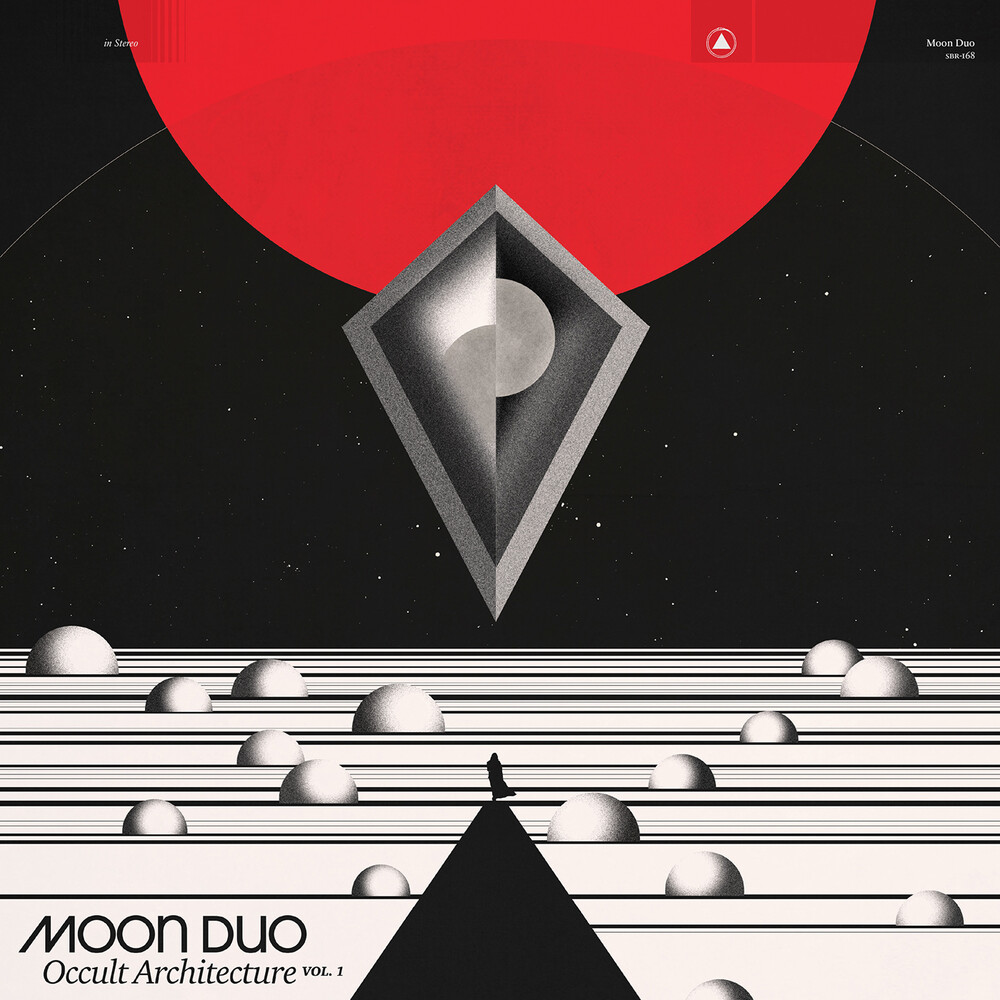 Limited grey colored vinyl LP pressing. Meaning all things magick and supernatural, the root of the word occult is that which is hidden, concealed, beyond the limits of our minds. If this is occult, then the Occult Architecture of Moon Duo's fourth album - a psychedelic opus in two separate volumes released in 2017 - is an intricately woven hymn to the invisible structures found in the cycle of seasons and the journey of day into night, dark into light. Offering a cosmic glimpse into the hidden patterning embedded in everything, Occult Architecture reflects the harmonious duality of these light and dark energies through the Chinese theory of Yin and Yang. In Chinese, Yin means "the shady side of the hill" and is associated with the feminine, darkness, night, earth. Following this logic, Vol. 1 embraces and embodies Moon Duo's darker qualities - released appropriately on February 3, in the heart of winter in the Northern Hemisphere.