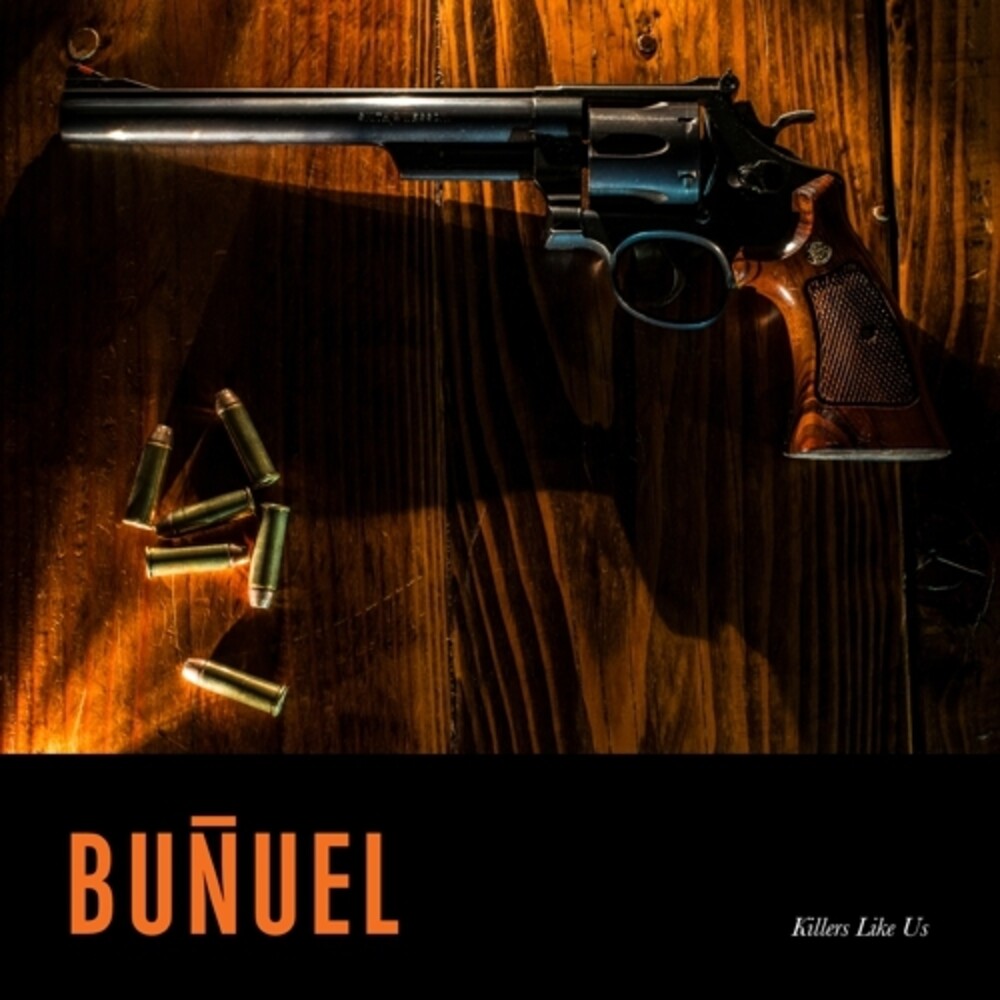 Bunuel is the sound of a difficult situation made worse by an unwillingness and an inability to play nice. If slotting it in a genre makes it easier for one to understand, just so one has something to file it under, mark it down as Heavy. With a capital H. But not heavy that's in any way predictable-Bunuel's amalgam of angular rhythms, drum salvos, blitzkrieging guitars and vocals that sound more like threats than promises is post-punk, proto heavy and arty up the ass. Arty as in avant-garde noise. Bunuel's newest, Killers Like Us -the third part of a trilogy that started with A Resting Place For Strangers, and then The Easy Way Out-is a killer addition to the canon of good music for bad people.Produced by a near-super group of global significance, Bunuel boasts the sound work of the Italian trio of guitarist Xabier Iriondo (Afterhours), the bass of Andrea Lombardini, and the drums of Francesco Valente (Il Teatro Degli Orrori, Snare Drum Exorcism, and Lume), along with the vocals of Eugene S. Robinson (Oxbow).Xabier is the deus-ex-machina of some of Italy's most adventurous musical projects and sound manipulator for dozens of bands on more than fifty records with major and independent labels whose work has seen him playing live on three continents. Lombardini is a composer, producer and electric bass beast who has been playing in Italian and international jazz, pop, rock and just about everything with everyone including most significantly David Binney, Mark de Clive-Lowe, Jason Lindner, Richard Julian, Michel Godard and many more. Valente, a composer, percussionist, improviser and sound extremist, is a vital slice of the Italian rock band Il Teatro Degli Orrori. And Robinson, the lyricist and owner of the.44 magnum revolver on the record cover, has spent the last thirty plus years with American art terrorists Oxbow.