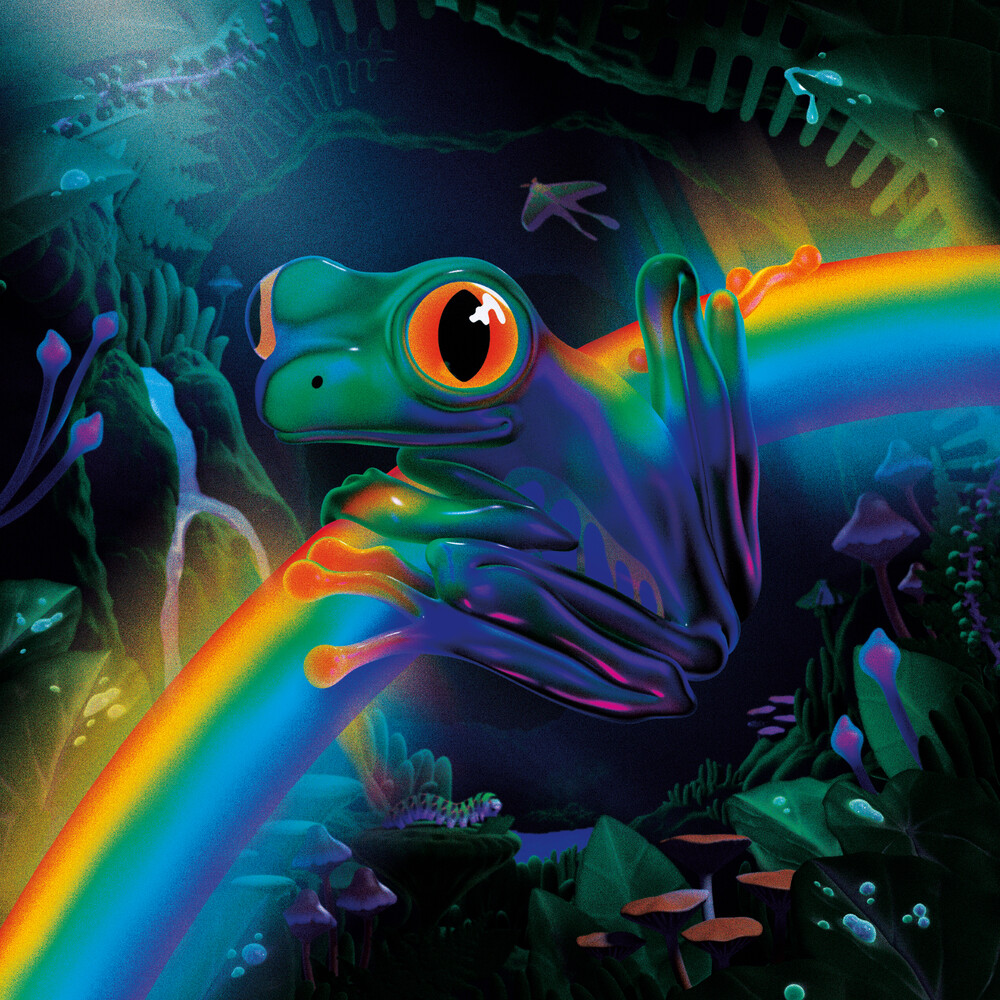 Having crested the west coast modular-ambient wave in just a few releases- including 2018's Sharing Waves on the influential LA experimental imprint Leaving Records- Sean Hellfritsch has swapped the mossy analog synth improvisations of his prior output for refined melodic arrangements dressed in sprightly dawn-of-digital textures. Big Earth Energy plumbs the depths of Hellfritsch's multimedia mind and naturalist heart, spinning an impressionistic narrative world off of cultural touchstones like the PC game MYST, and the work of Studio Ghibli composer Joe Hisaishi. Inspired by the aforementioned, and guided by Hellfritsch's experience as an animator and filmmaker, Big Earth Energy is the soundtrack to a hypothetical video game with a pointedly ecological premise, and a twist of psychedelic charm. In Hellfritsch's imagined virtual journey, the player assumes the perspective of a treefrog sixty-five-million years ago, hopping epochs with each new level, forming a comprehensive picture of the massive hanges the planet has gone through over the eons. The ultimate goal of the game is not to amass resources, defeat enemies, or gain power, but to fully witness the unfolding of one of the biggest systems of energy imaginable- or as the album's creator puts it- "to explore the incomprehensibly vast energetic expression and mystery that is Earth." Big Earth Energy is steeped in exploratory RPG intrigue, possibility, and contemplation, lovingly overlaid with Miyazaki-an sentiments and aesthetics. The through-composed, organic, meandering synthesis heard on previous Cool Maritime albums has been fully replaced by meticulous polygonal arrangements that recall the computerized sheen of late 80s work by composers like Hiroshi Yoshimura, and Yoichiro Yoshikawa- using true-to-period gear no less. Even given it's referentiality, Big Earth Energy comes off as forward-facing where so much reminiscent music remains fixed to a bygone moment in pop culture. Hellfritsch has created a musical world where the endless verdancy of the biosphere finds it's parallel in the golden age of early 1990s video games, and late 80s Japanese environmental music, all while pointing to a hopeful planetary and artistic future that vindicates the motives of all of these muses.