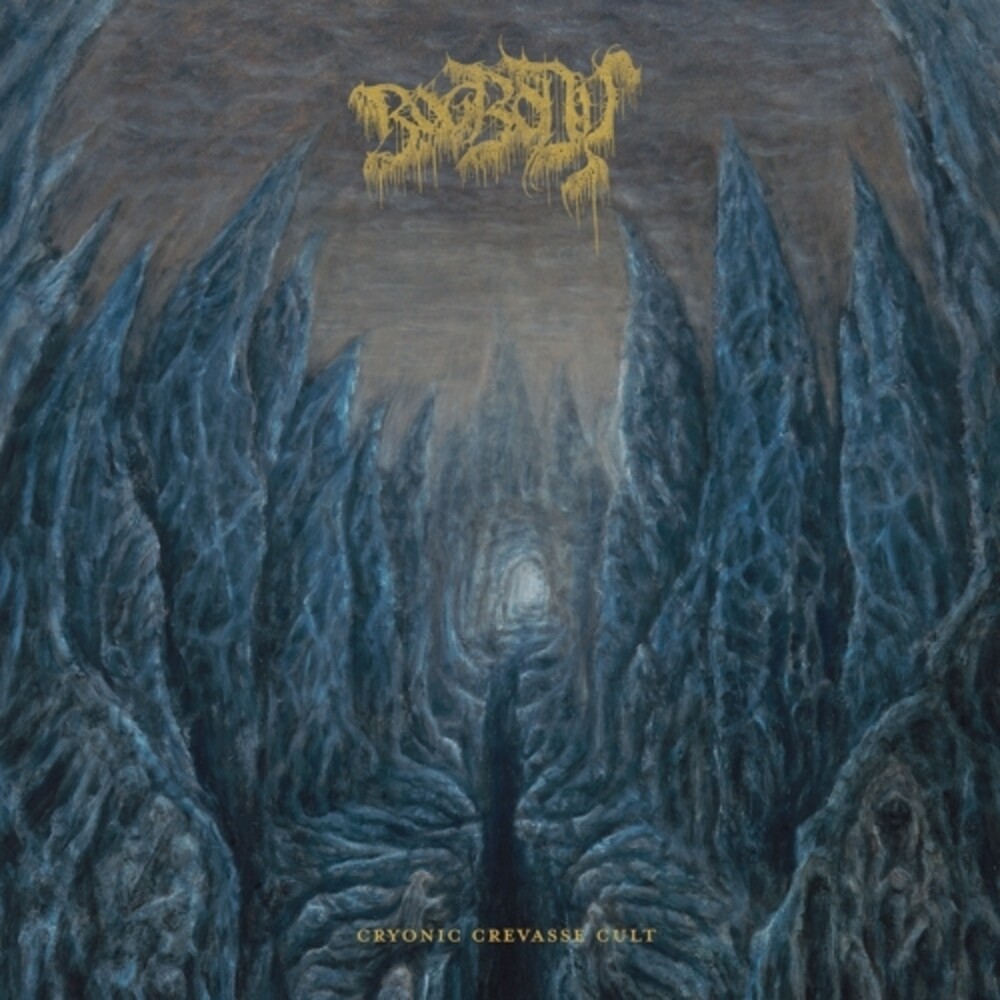 Bog Body's looming form has thawed from the dregs of sordid earth to reveal their debut full length album Cryonic Crevasse Cult on Profound Lore Records. Following in the footsteps of their 2018 demo Through The Burial Bog and 2020's mini-album The Gate Of Grief, Bog Body traverses beyond the seracs and into the crevasses of black death, transcending the cultic guts of black metal's early forefathers with a subsonic war doom incursion for their debut album that's as much a dirge as it is pandemonic fervor.Recorded at Strange Weather Studios in New York by Ben Greenberg (Uniform, Algiers), mixed by Evan Mersky (Triumvir Foul, Witch Vomit), mastered by Dan Lowndes (Cruciamentum), and featuring artwork by Chase Slaker (Mortiferum).