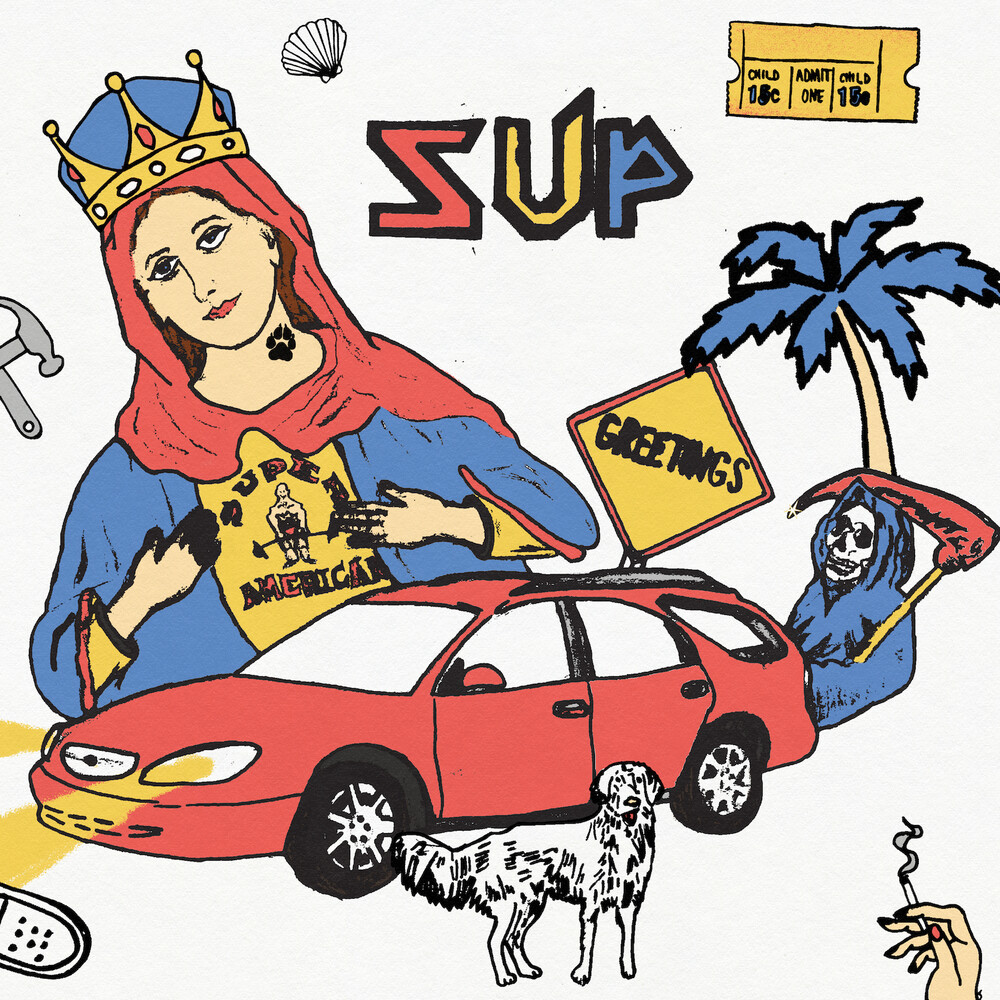 SUP is the second full-length record from Buffalo band Super American. Written between multi-instrumentalists Matt Cox and Patrick Feeley, SUP is about fear and the tongue-in-cheek inversion of it. It's seams burst with breakneck indie rock, well-caffeinated pop punk, and breezy emo that, at their heart, all prop up a central tension: life is a goddamn incredible miracle, so why do we have to feel so scared and shitty all the time? Super American's origins trace back to a half serious / half joking text from Feeley in the mid-2010s: "when are we gonna start our band that'll play late night TV?". Fast forward to 2017 when on a whim Cox booked studio time for himself with no songs and no plan. The two had developed a mutual admiration and a sense of shared ambition from playing shows with their various other bands around Buffalo - the kind of latent kinship others could sense and root for with a bit of hometown pride. A chance meet up at a party led to a feeling of inevitability as they started tossing around song ideas. Since then, song by song they've entrusted one another with crafting the sonic palette to their shared nervous energies. SUP marks the culmination of that friendship built on the ensuing years spent writing songs together as a means to deal with the desperate contradictions life throws your way.