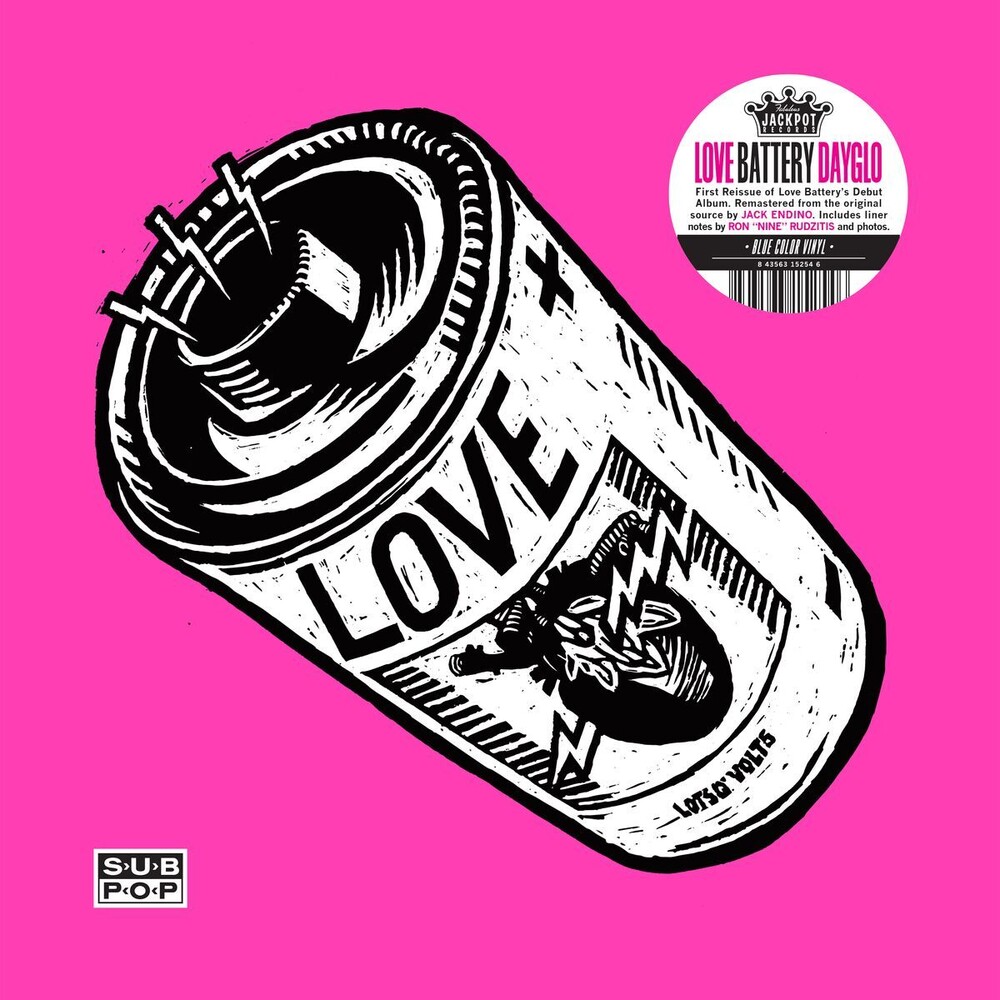 In the middle of the wonderful sludge that was coming out of Seattle in the late '80s/early '90s, Love Battery pierced through with something different to offer. They were more psychedelic, more tuneful, and even more... dare we say... British sounding than what Sub-Pop was releasing at the time. We were listening. The results are crystal clear on the record Jackpot Records is reissuing, Dayglo. And like many of the Sub-Pop records of the day, this has not been available on vinyl in the U.S. Until now. On Dayglo, inventive and underrated guitar wizard Kevin Whitworth and vocalist / guitarist Ron Nine slash and burn through 10 songs that would give bands like Blur, Swervedriver, and yes, Nirvana, a run for their money. It doesn't hurt that the focused driven energy of drummer Jason Finn (soon to be of The Presidents Of The United States) and ex-U-Men bass monster Jim Tillman add more than their weight to the sonic mystery of these songs. From the melodic battle cry of opener 'Out Of Focus' with it's slippery, infectious chorus, it's obvious that Love Battery had an incredible knack for hypnotic hooks, cryptic lyrics, and propulsive grooves-ones that record obsessives still drool over when the needle hits the turntable. The record is as mysterious as early R.E.M., with equal hints of 13th Floor Elevators and Screaming Trees sprinkled throughout. "Two years later, Oasis made the same record and were called geniuses"-SPIN Magazine