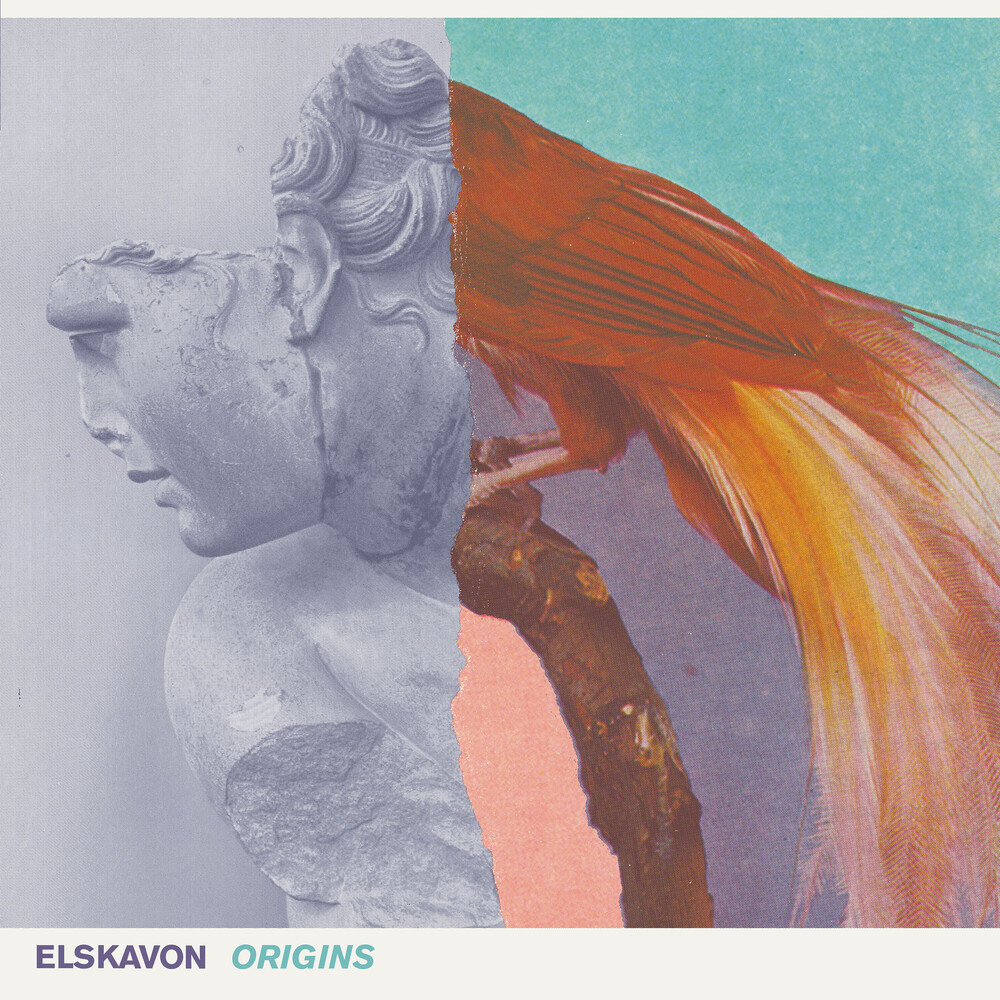 On Origins Chris Bartels takes on the role of singer-songwriter for the first time under his Elskavon moniker, unveiling a voice that wouldn't sound out of place next to vocal-forward artists like Justin Vernon, Jónsi, or Baths, who master the balance between conventional songcraft and bold, idiosyncratic experimentation. Origins is vast yet intimate, fluttering yet cohesive, tattered yet clean, a little like rainfall during sunlight. Shedding the ambient-classical confines of his previous output, the album's opener and title track, offers a swirling mosaic of acoustic textures that recall the beloved duo The Books, laced with warped vocal utterances flitting in and out of a club-friendly beat. "Origins" is followed by the equally danceable "Coastline," which drives home the smiling melodies and intricate sound-design that form the spine of Origins, keeping Bartels' voice in a largely decorative and impressionistic role up to this point. "Blossom and the Void" dissolves the introductory tension as Bartels comes out lyrically swinging, his digitized voice chanting widely over the mutated New Wave-esque anthem. Here, Bartels shows his instinct for dynamics by rising to bombast and quickly dispelling it, making steep yet graceful descents into skillfully delicate sound-design.Throughout Origins, the patient glacial aesthetic of his previous work is still discernible- there are wordless, expansive panoramas that stretch out patiently for minutes at a time and smartly resist the impulse to pack each moment with a persona made even more impactful when Bartels chooses to wield it. At other times, his spokesmanship is woven discreetly into a larger tapestry, like on "See Out Loud" (and it's ambient reprise) where Bartels' voice shimmers from a distance, covering the scene in diffuse splendor. "There is so much warping, mangling, re-sampling, reversing and pitching," Bartels says of his intricate vocal manipulations. "I printed a lot of the vocal recordings onto a tape machine from the '60s, first at one speed, and then I'd halve, or double the speed going back into my computer," he elaborates, illustrating how this kind of analog processing freed him from his habits. "Sometimes I'd do this multiple times on one recording or layer- it gave me such a unique and unexpected sound. At this point, I threw away any inhibition on what type of vocals to have, or not have, on the album."This newfound freedom is palpable in the peaks of soaring grandeur that dot the emotional landscape of Origins. "All These Years" cathartically reaches one such summit in it's second half after laying a path of gently plodding indie-IDM in it's first. The cinematic vignette "Dreymur Aftur" provides pause for reflection amid it's brisk procession of string plucks and rhythmic synthesizer while marching wordlessly into album-closer "This Won't Last Forever." Here at the end, Bartels' guitar playing is laid bare in the mix, skeletally framing a single ribbon of his voice as it unfurls into the atmosphere. Though the track isn't expressly lyrical, it's starkness still exemplifies the new leaf of vulnerability Bartels has turned over on Origins, an album that documents his hard-won evolution from musician, to producer, to composer - and finally - his confident arrival in the role of songwriter.