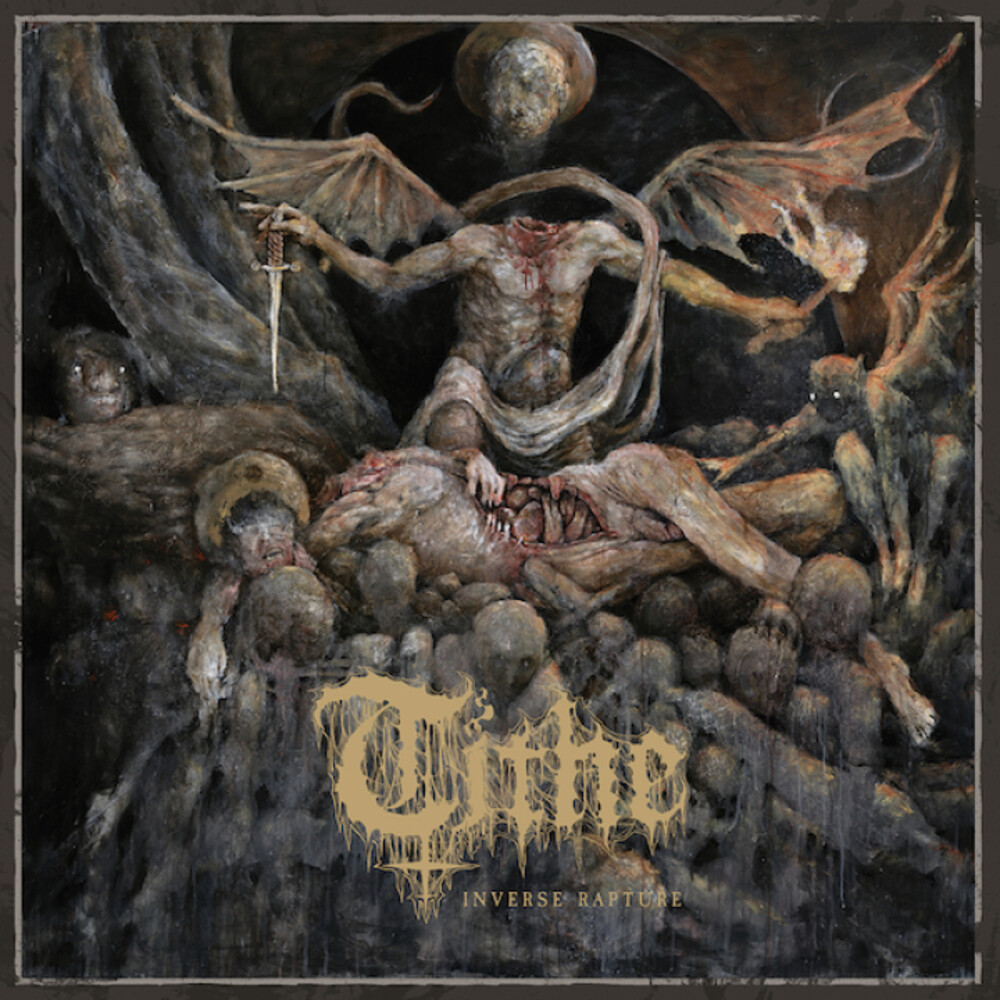 Tithe is a Portland, Oregon-based band that constructs an unorthodox amalgamation of death metal, black metal, and grind without straying too far from the fundamentals of aggressiveness and depravity. Conceived in 2017 by vocalist / guitarist Matt Eiseman and drummer Kevin Swartz, the band spent it's first years writing and releasing a self-titled EP before finding bassist Alex Huddleston at the end of 2018. This lineup went on to release their debut album Penance in May 2020, which despite the challenge of releasing in the middle of the COVID-19 pandemic, was well-received. The album explores the themes of psychedelics, mental illness and the human condition.Tithe's sophomore album Inverse Rapture evolves upon the themes of Penance and morphs into a more angry, raw and dissonant form. The trio's most incendiary material to date, this latest maintains the blazing tempos the band is known for with dreary, lowering passages strewn throughout. Produced / mixed by Fester, mastered by Adam Gonsalves and featuring the macabre art of Abomination Hammer, Inverse Rapture is a complete exhibition of viciousness and despair beginning to end.