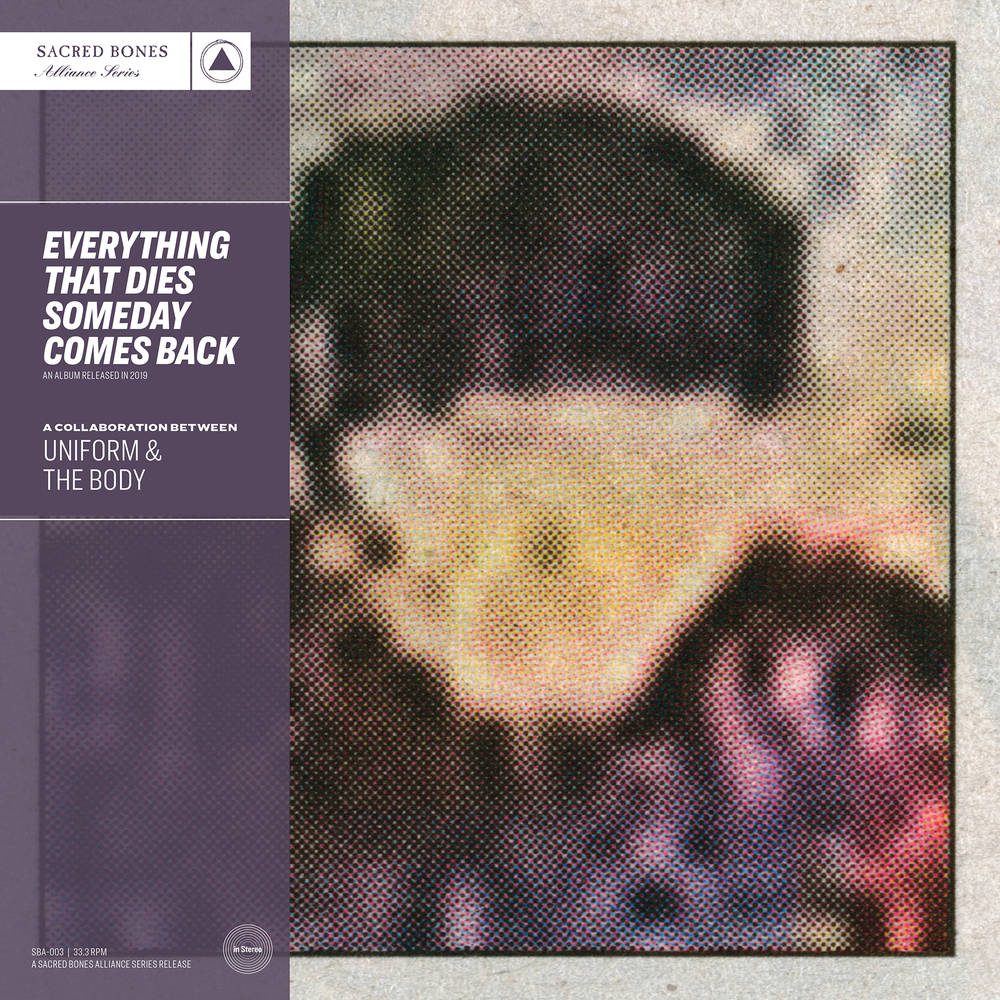 Comprised of an amalgam of abrasive influence that spans Swans-y dirge and purge, Whitehouse’s clenched-jaw noise, middle-period Ministry’s penchant for metallic post-industrial everything, New Order’s nose for melodic emotionality, and Juicy J-inspired beats, Uniform & The Body’s approach delves deeper down the rabbit hole than before, igniting a sonic world of terror and bliss poised to grip the throats of fans yet again.

Much like the collective’s bombastic debut, the second album was built over a series of collaborative sessions with Seth Manchester at Machines with Magnets in Rhode Island, mixing industrial-influenced synths, squalls of harsh noise, manipulated guitar, oodles of samples along with hard rock-inspired riffs, saccharine pop, and the alternately antagonistic and harrowing vocals of Michael Berdan and Chip King. The result is nine tracks of ear-bleeding and confrontational fury with defined moments of beauty that bring to mind equal parts No Trend, Merzbow, and Information Society while forging a path that is distinctly their own.

Sacred Bones is now repressing this second collaborative album on new colour vinyl in celebration of the label’s15th year anniversary.