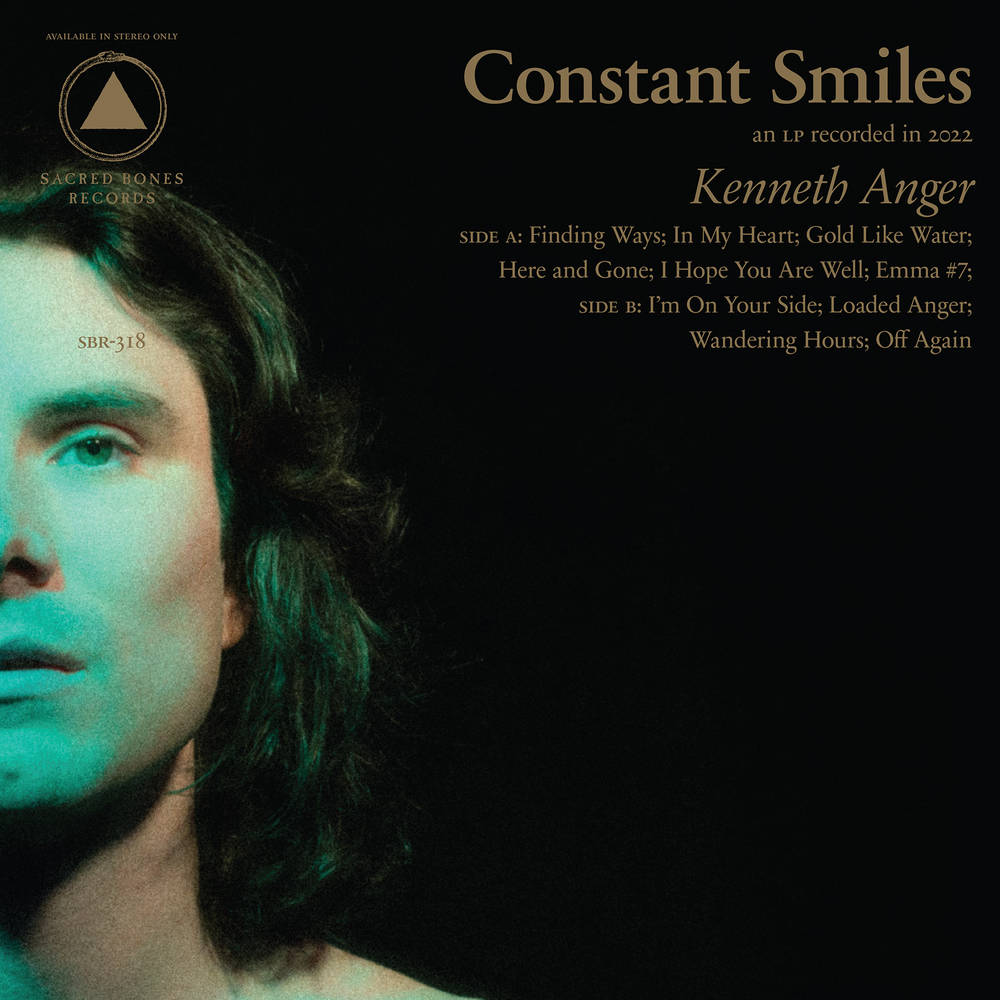 Over the last half decade, the music collective Constant Smiles has produced a prolific output of acclaimed music, culminating in their forthcoming record Kenneth Anger, masterfully brought to life by engineer Jonathan Schenke (Parquet Courts, Liars, Dougie Pool). The group is known most recently for their much-praised debut album for Sacred Bones records, Paragons, an emotionally resonant offering of indie folk masterpieces that all confront the internal ways we process our struggles with intimacies, addiction and human-ity—produced by Ben Greenberg.

Constant Smiles’ primary singer/songwriter Ben Jones uses the creative process as a tool for working through deeply transformative periods in his life. The band’s indie folk music lays bare this internal process, but on Kenneth Anger, the music shifts to synth pop and looks externally, examining creativity, community, ritual, and their place in the healing process. Ritual takes a primary role in the eponymous Kenneth Anger. Not only is auteur Kenneth Anger himself known for his sensorial depictions of ritual, Jones often used the films as a silent visual back drop during his song writing sessions, a ritual that grounded the creation of the album. And while the director’s use of saturated color inspired the warm ‘80s synth style production, the director’s trailblazing spirit of authenticity also pushed Jones through his most vulnerable expression to date.