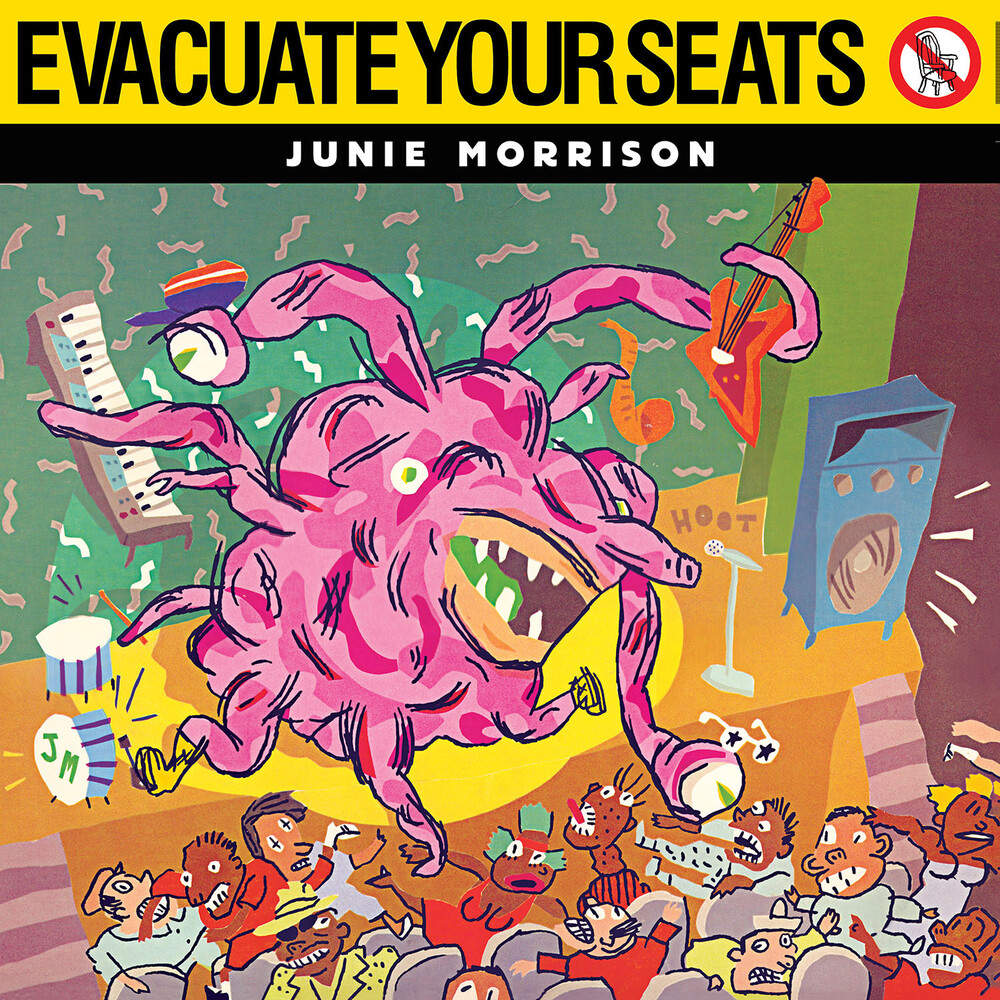 Acclaimed by George Clinton as "the most phenomenal musician on the planet," Dayton, Ohio-bred multi-instrumentalist Walter "Junie" Morrison was the visionary musical director of Parliament-Funkadelic throughout a hot streak of gold and platinum albums during the late 70s. Junie co-fronted and powered funk classics like "One Nation Under a Groove" and "(Not Just) Knee Deep" with his madcap synthesizer manipulation. Earlier in the decade, he provided a similar boost to the Ohio Players. Junie also recorded as a solo artist. 1984's techno funk extravaganza Evacuate Your Seats was written and recorded entirely by the musician himself. He seems energized by new possibilities in the combination of programming and sampling with live instrumentation, and he doesn't curtail his inclination for animated vocals. Cited as an influence on the burgeoning Detroit Techno scene, Evacuate Your Seats has been remastered and expanded with 35 minutes of essential bonus remixes for it's worldwide CD debut.