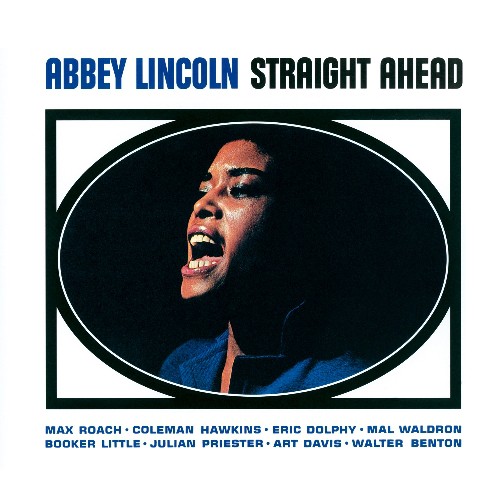 Digitally re-mastered and expanded edition of this album from the Jazz great. Contains the complete original album Straight Ahead, on which she shares the bill with such stars as Eric Dolphy, Coleman Hawkins, Booker Little, Mal Waldron, and Max Roach. An important musical work as well as an eloquent political statement, this now classic album didn't receive unanimous approval in it's day, as Ira Gitler made clear in his Down Beat review, where he accused the singer of being a 'professional Negro'. The only known alternate take from the session, as well as all existing tunes featuring Lincoln from two other dates from the same period have been added here as a bonus. American Jazz Classics.