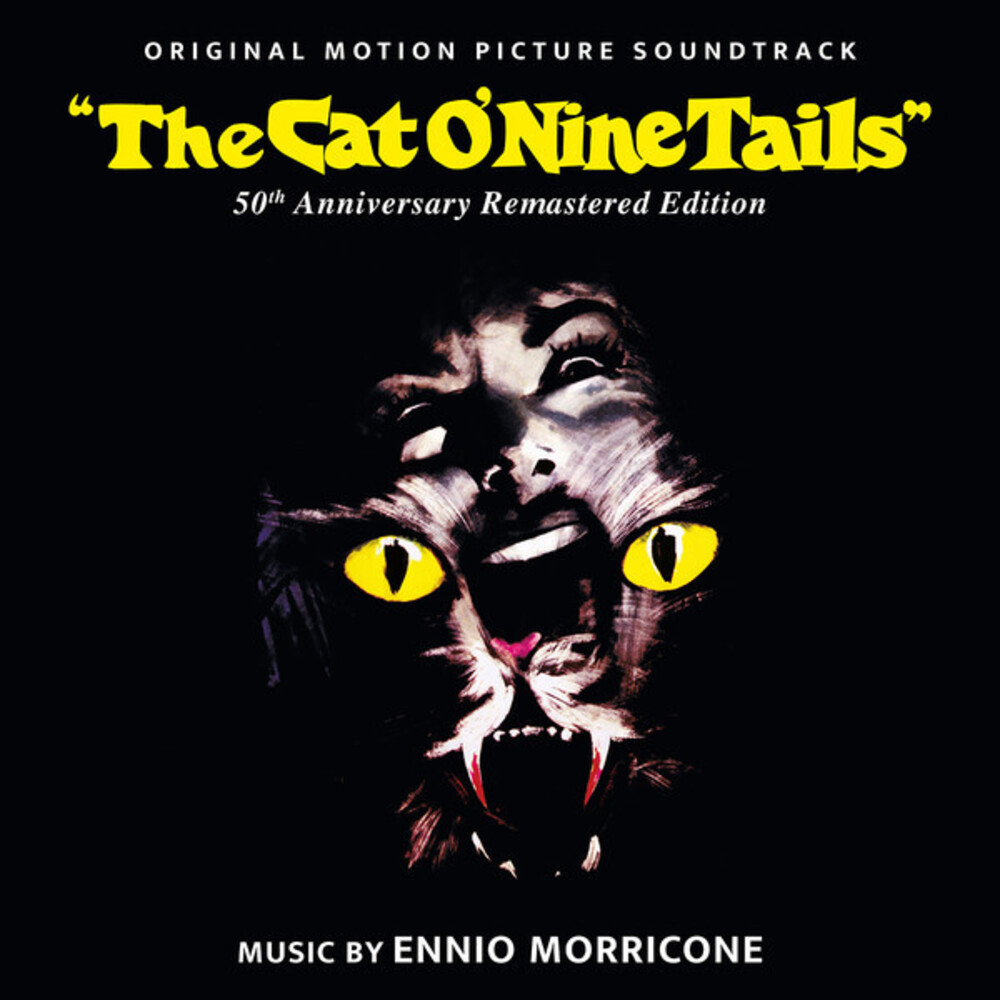 Quartet Records, in collaboration with GDM, presents a 50th-anniversary remastered edition of the cult-classic score by Ennio Morricone (THE GOOD, THE BAD AND THE UGLY; SACCO E VANZETTI; NOVECENTO; THE MISSION; CINEMA PARADISO) for Dario Argento's 1971 giallo THE CAT O'NINE TAILS (IL GATTO A NOVE CODE), starring James Franciscus, Karl Malden and Catherine Spaak. The film is about a newspaper reporter and a retired, blind journalist who try to solve a series of killings connected to a pharmaceutical company's top-secret experimental research projects; in doing so they become targets of the killer. Ennio Morricone can be considered the inventor of the giallo sound, as he was the inventor of the Spaghetti Western sound or the political-cinema sound. For The Cat o' Nine Tails, Morricone demonstrated his uncanny ability to range from melodies of exquisite, lyrical beauty to some of the most uncompromising and alienating avantgarde sound experimentation ever heard in film. This anniversary edition, produced by Claudio Fuiano and Dániel Winkler, has been completely rebuilt and mastered by Chris Malone from first-generation master tapes. The full-color booklet includes in-depth liner notes by Jeff Bond.