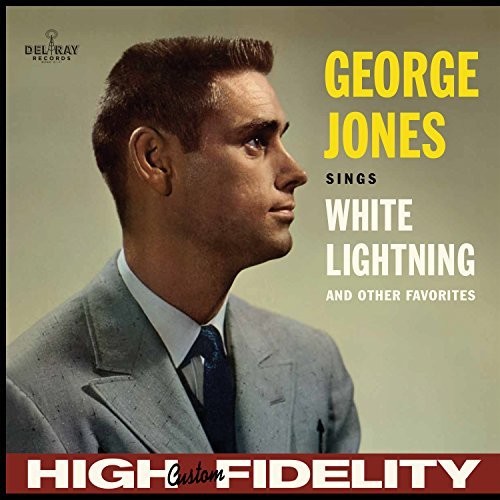 White Lightning and Other Favorites is the 1959 studio album released by country music legend George Jones. The album is Jones' seventh studio album release, and it's title track "White Lightning" (written by J.P. Richardson aka "The Big Bopper") reached #1 on the Billboard Country chart in 1959. The album is one of the best, if not the best, albums that Jones released in the 1950s. The album charted well, and was one of the most popular country albums of 1959. It also includes some of Jones' first collaboration tracks. "I'm With the Wrong One" was his second collaboration, recorded in 1956 (the oldest song included on the LP) with Jennette Hicks. "Flame in My Heart" was his third collaboration, recorded with Virginia Spurlock in 1957. George Jones is wonderful throughout - already a standout in the shifting country scene of the 50s - with one ear that understands the sharper edges of the rock generation, but another that brings out all the sentiment in the tunes he touches - material that's delivered with this magical approach that few other singers could touch. If you only know George as a blue-tinged singer of ballads from his later years, you'll really be stunned here - as lots of the tracks have a sound that's quite different, and a lot more vibrant.