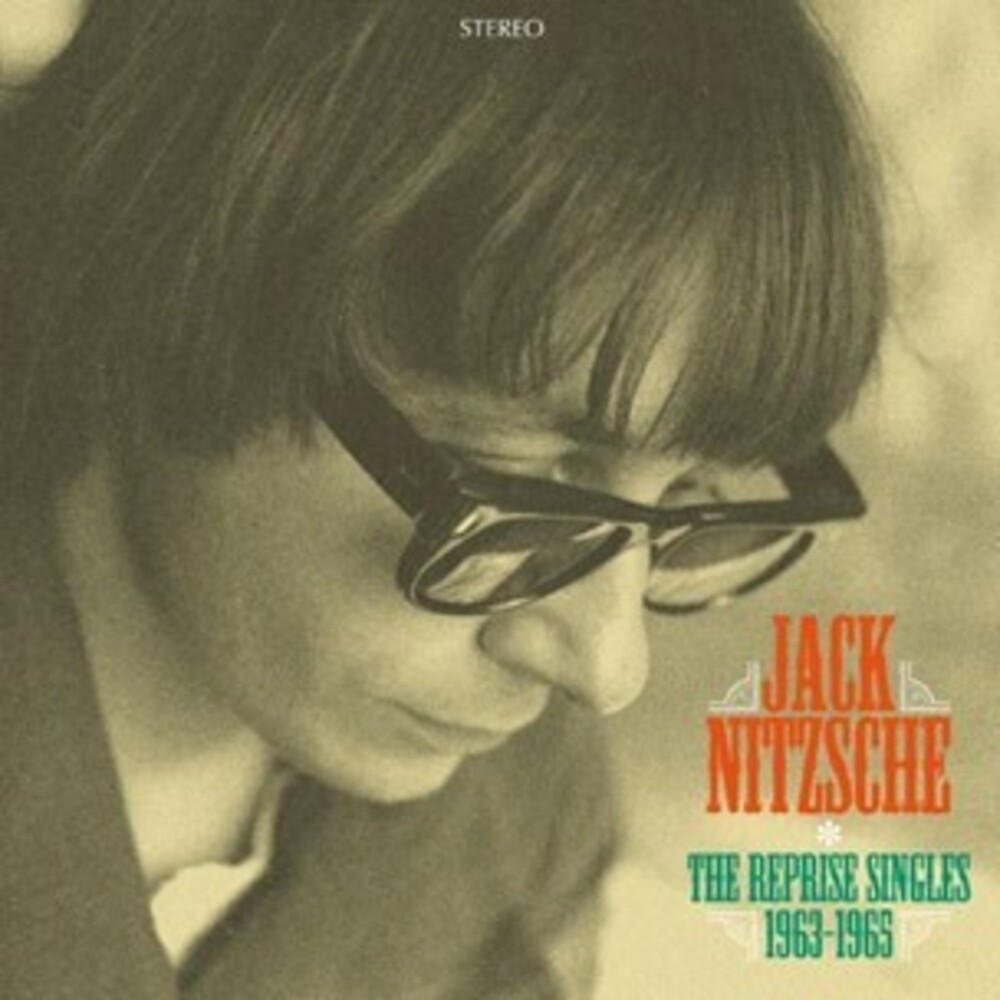 Best known as the right-hand-man and arranger of producer Phil Spector and for his work with the Rolling Stones or Neil Young, among many others, Bernard Alfred "Jack" Nitzsche also worked extensively in film scores, notably for films such as Performance, The Exorcist and One Flew Over the Cuckoo's Nest (in 1983, he won the Academy Award for Best Original Song for co-writing 'Up Where We Belong').By the early Sixties, Jack Nitzsche was already making a name for himself on the West Coast music scene, especially because of his phenomenal success scoring big hits for Phil Spector. His studio prowess was in such heavy demand that it ultimately led to Nitzsche wanting to branch out on his own. A recording deal as a solo artist with Reprise Records was signed and Nitzsche scored one of the label's first pop hits with his first single, the instrumental "The Lonely Surfer". It spent eight weeks on Billboard's Hot 100 charts, peaking at #39 on September 13, 1963.Now, for the first time ever, all seven of these instrumental Reprise singles, produced by Jimmy Bowen and released under Jack Nitzsche's own name between July 1963 and October 1965 - some of the later ones credited to Nitzsche as a producer - have finally been compiled together for this vinyl LP collection. Among the many highlights on this collection is 'The Last Race', a hot rod go-go rockin' instrumental which Nitzsche had originally composed for Village of the Giants (1965), that found new life again some forty- plus years later when it was used during the opening sequence of Quentin Tarantino's film Death Proof, part of Grindhouse (2007).As a bonus, the originally unreleased 1966 recording "Surf Finger" is included. Originally titled 'The Blow Up', this stunning Cooper/Nitzsche composition showcased their fascination with the Antonioni movie as they wrote it as somewhere between a film theme and a surf record.