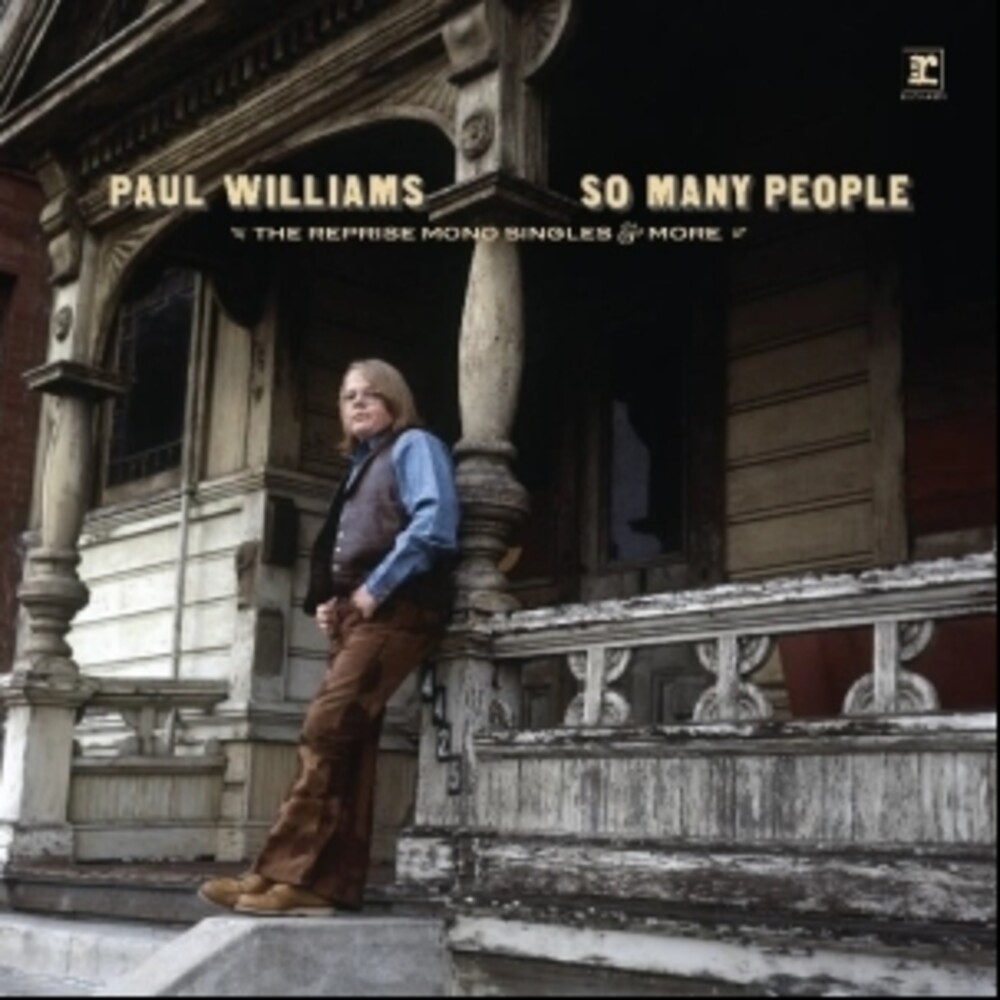 Paul Williams co-authored some of the best-known, best-loved and biggest-selling pop hits of the 20th century, among them 'We've Only Just Begun,' 'Rainy Days And Mondays,' 'The Rainbow Connection,' and 'Evergreen.' His compositions have been recorded by artists ranging from The Carpenters to Frank Sinatra, Barbra Streisand to Three Dog Night, Johnny Mathis to The Monkees, plus thousands of others. In addition, his 1970 solo debut, 'Someday Man, is coveted by many record collectors as one of the essential albums of the "sunshine pop" genre.

There are very few albums that seem to define the genre in which they are created, yet simultaneously defy classification; records whose beauty reveals itself in new and exhilarating ways with each listening and feature their creators at the peak of their game. It's a rare LP that makes the listener think and feel and laugh and cry, all within the short and sweet space of 30 minutes, making one beg the question "Is the 80-minute length of a compact disc a boon, or a bane?" Countless rock critics continue to hail the few deserving but obvious albums that have managed to achieve all of these artistic criteria: The Beach Boys' 'Pet Sounds,' Love's 'Forever Changes,' Marvin Gaye's 'What's Goin' On'... To my mind, Paul Williams' 'Someday Man' belongs right up there with them. This first-time-on-vinyl compilation collects all of the bonus tracks from the 2010 Now Sounds expanded edition CD of the 'Someday Man' LP. Included in this collection are Williams' four mono single sides, two "sessions" tracks which provide great insight into how producer Roger Nichols and the studio musicians crafted the final recordings, two demos, and four instrumental mixes. The full-colour four-page insert features rare, unpublished photos and in-depth liner notes featuring the participation of Paul Williams, Roger Nichols, and others. Also includes sessionography and studio musician info. All audio sourced from the original Reprise master tapes. Coproduced, designed, and annotated by Now Sounds' Steve Stanley.

PAUL WILLIAMS - SO MANY PEOPLE: THE REPRISE MONO SINGLES & MORE