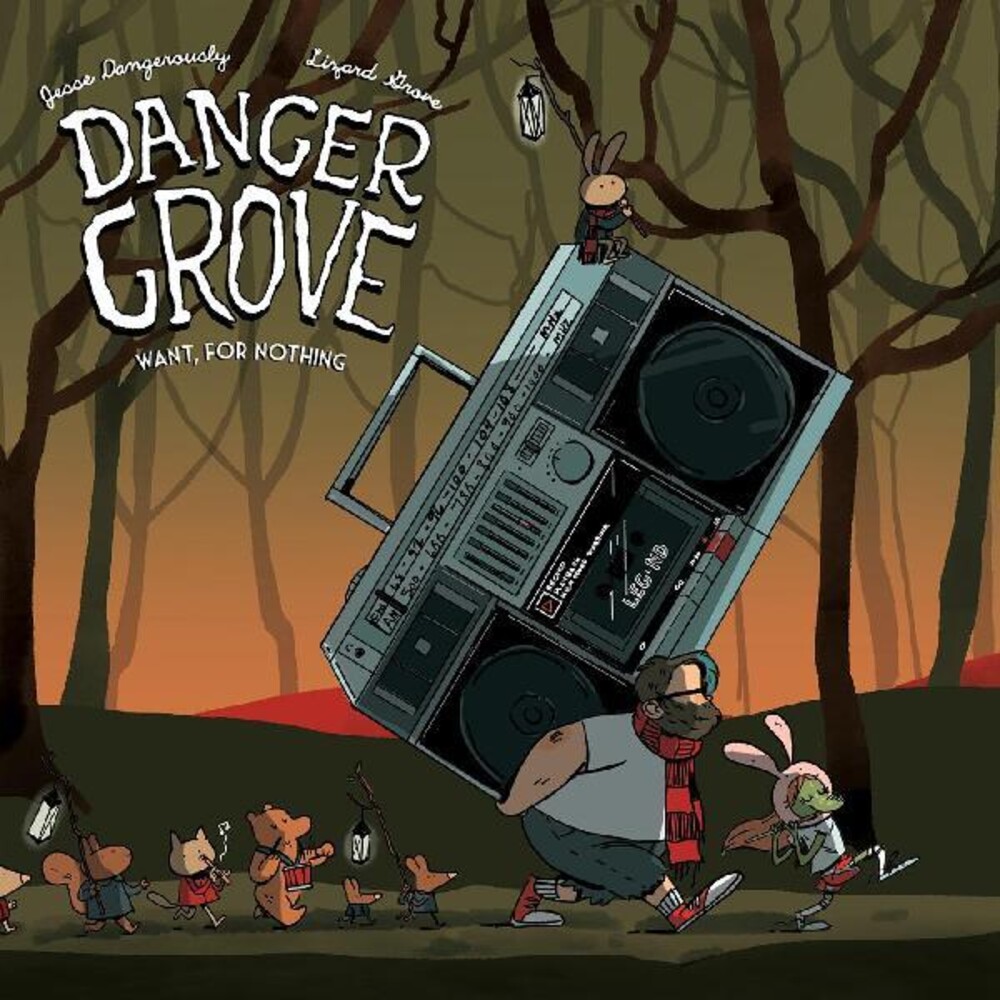 It began with one simple remix. Colorado-based beatmaker/producer Lizard 'Liz' Grove stumbled upon a track by Ottawa-via-Halif ax alt-rap legend Jesse Dangerously she liked, applied her magical treatment and sent it back to him, much to his approval. Sounds innocent enough, huh?Well, that spontaneous gesture soon exploded into the full-fledged collaboration known as Danger Grove, and a 10-track debut album called Want, For Nothing that is sure to alter the perception of Canadian hip-hop. With Liz providing the sonic foundation for Jesse's often brutally confessional rhymes, the pair build on their mutual love of groundbreaking artists such as Aesop Rock and spin it off into strange, new worlds where it wouldn't be out of the ordinary to hear Drake rapping with Neutral Milk Hotel.