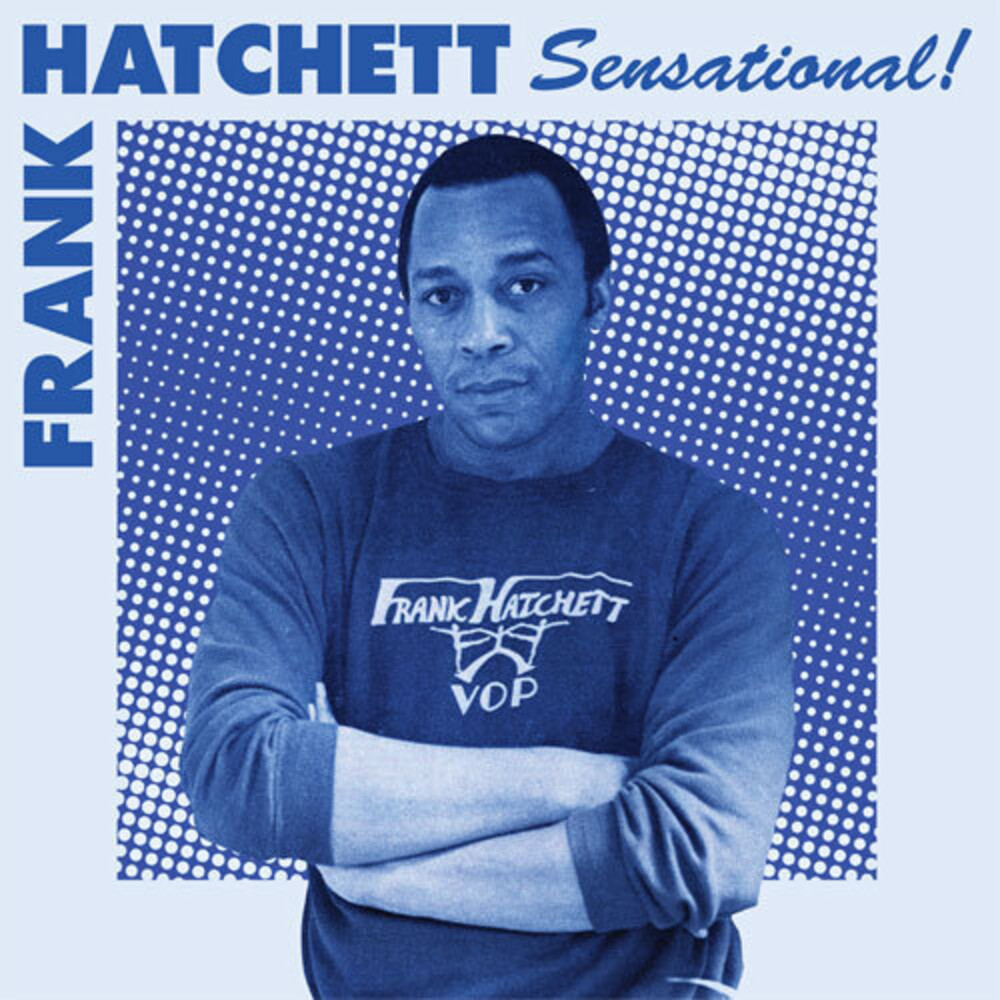 Sensational - that's Frank Hatchett! These words can be found on many of the 16 albums credited to the legendary jazz dancer, choreographer, and teacher to the stars. At the height of his fame in the 1980s, Hatchett's classes in New York City at the wildly popular Hines-Hatchett studio (now renamed the Broadway Dance Centre) attracted celebrities including Madonna, Brooke Shields, Olivia Newton-John, and Naomi Cambell. Though he hated flying, preferring to cruise in a Corvette from Massachusetts to Manhattan, each week saw Hatchett jet setting for classes and performances around the world.Despite his star power, Hatchett's signature "Vop Style" - emphasizing emotion and attitude over strict technique - was made accessible to children, adults, and people from all walks of life. He was also known for forming personal bonds with his students through dance like Richard Simmons did with Sweatin' to the Oldies, Hatchett's role as a father figure inspired the nickname "Papa Frank," while Good Morning America dubbed him "The Doctor of Jazz.'Hatchett's name and photos may appear on the sleeves of his records like Dance Crazy, Jazz Power, or Vop Style, but he is nowhere to be found in the music contained within. Instead, these albums dating back to 1974 were recorded by largely unknown studio players under the guidance of musical director Don Tipton or arranger Zane Mark. Performers include keyboardist Fred McFarlane (Madonna, Keith Sweat, Evelyn "Champagne" King), drummer Bernard Davis (Steve Winwood, Ryuichi Sakamoto, Kool & The Gang), and actor Tamara Tunie, best known for her role as medical examiner Melinda Warner on Law & Order: Special Victims Unit.When I was playing with Frank it was easy to get musicians involved because all of the women at his studio were gorgeous," remembers Tipton with a laugh. "Everyone came there because actors have to move, singers have to move, and dancers have to dance. Broadway performers have to be a triple threat, so Frank taught them too. In the highlights compiled on this expansive double LP set, the sounds of Hatchett's albums run the gamut from disco and funk in the 1970s to electro and proto-techno as they glide through the '80s. Like many albums in the dance instruction genre, nearly one third of the songs are covers (Prince, Paul Hardcastle, Earth, Wind & Fire, Billy Cobham) and most clock in at a brisk 2:30 - the ideal length for Hatchett's classes or his students' recital performances. Fans of library music will find a similar focus on immaculate performances, while the tightly coiled drum breaks, Afro-Cuban rhythms, and thumping 808s will send rare groove collectors into a state of head nodding bliss.At the core of jazz dance is the interpretation of the music. It is my obligation to the musician to express what he feels when he's playing. The interpretation all boils down to the relationship between the movement and the music.Hatchett spent his childhood in the 1930s moving between Hartford, Connecticut and Springfield, Massachusetts, where he opened his first school. According to his autobiography, Frank Hatchett's Jazz Dance, one of his chores involved chaperoning his sister to dance class. While pretending to read comic books, Hatchett paid close attention to the steps, eventually learning enough to teach his own classes in his grandmother's basement. He would go on to become the first male cheerleader in his high school.Soon, dance gigs in the circuit of nightclubs in New York, Las Vegas, and Miami beckoned. In these years, Hatchett could be seen in TV appearances alongside Sammy Davis Jr., Eartha Kitt, and Jackie Gleason. After returning to Massachusetts to open his first dance school, he began touring the world as a performer, teacher, and professional choreographer. Among his many credits, Hatchett played crucial roles in productions on and off Broadway, taught performers how to dance with mops in a McDonald's commercial, and punched Cameo in the face in his video for "Attack Me With Your Love."The albums bearing Hatchett's name may seem like an unusual addition to this stack of cultural ephemera, but they are actually a common occurrence in the strange world of dance instruction records. DJ and Hatchett superfan Jeffrey Chamiec explains how Statler Records and it's various sub-labels pressed many similar titles for instructors like Joe Tremaine or Lynda Gache. Broadway dancer Ronn Forella's 1975 album... Moves! Is considered a Holy Grail of this hyper-niche genre."The labels these Frank Hatchett records are on have albums featuring everything from tap dance to ballet, foxtrot, and swing," explains Chamiec. "Sometimes they'll have one amazing track like you'll find on each of Frank's records, but it's one in a million." While these albums were initially made to be purchased in bulk by dance schools, they have found a second life many years later among collectors of the obscure. "When you find dance instruction records you'll often see titles like '4/4 medley' or '2/4 medley,'" Chamiec laughs. "If it says 'polka medley' you know it's a dud.After decades of making music for Hatchett's albums, Tipton stopped playing at his classes. He briefly returned to perform live in 2009, but would soon learn his friend was suffering from a brain aneurysm. In his final years, Hatchett headed back to Springfield for a quiet life with his family before passing away in 2013. Though he is no longer here to share his Vop Style with the world, Hatchett's spirit lives on in a collection of music that can only be described in one word - Sensational.