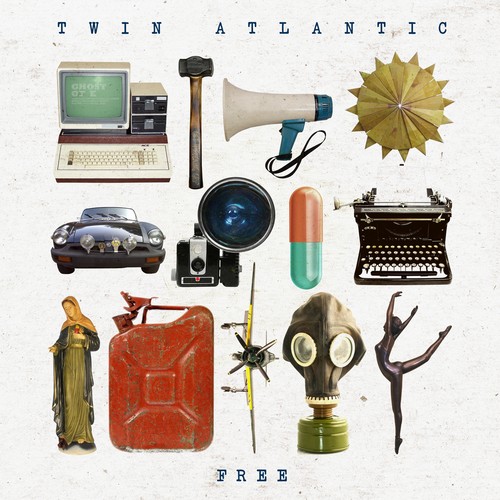 2012 release from the Scottish band. When Twin Atlantic released their 2009 mini-album, Vivarium, it immediately found an awestruck audience. The reviews were uniformly ecstatic. Grand, sweeping and eloquent, it was a collection of songs with a heart and soul, crafted by passion and informed by staunch lyrical and musical frankness. It set Twin Atlantic on a rollercoaster-one that has led, now, to the release of their full debut, Free, on Red Bull Records, an inspiring collection of songs full of ambition, pain, belief and soul. In a world of music dominated by talent show winners, mass-marketed bands and meaningless music, here, finally is a band in which to invest your heart.