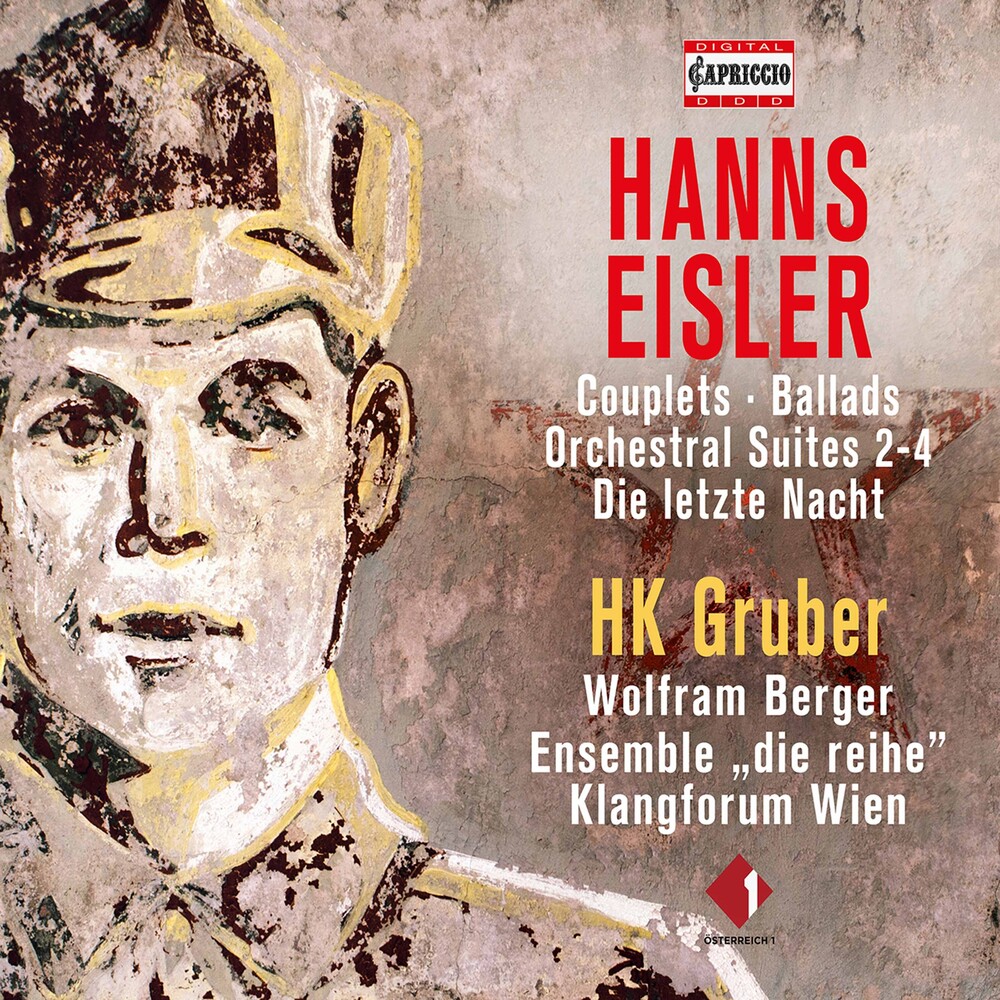 "It would be worth striving towards a style that can combine the highest level of craftsmanship, originality, and high quality with the greatest popularity and folksiness." (Hanns Eisler). This next release on Capriccios Hanns-Eisler-Edition contains songs and chansons from all periods of Eisler's creative life. It also contains some of the fascinating orchestral suites that he had, almost exclusively, cobbled together and adapted from film scores in the 1930s. Not the least, it contains the world premiere recording of his incidental music for Die letzte Nacht - the epilogue to Karl Kraus' monumental, satirical work The Last Days of Mankind. The mastermind behind this project was the fabulous composer, conductor, and chansonnier HK Gruber. HK Gruber is arguably one of the greatest Eisler-experts.