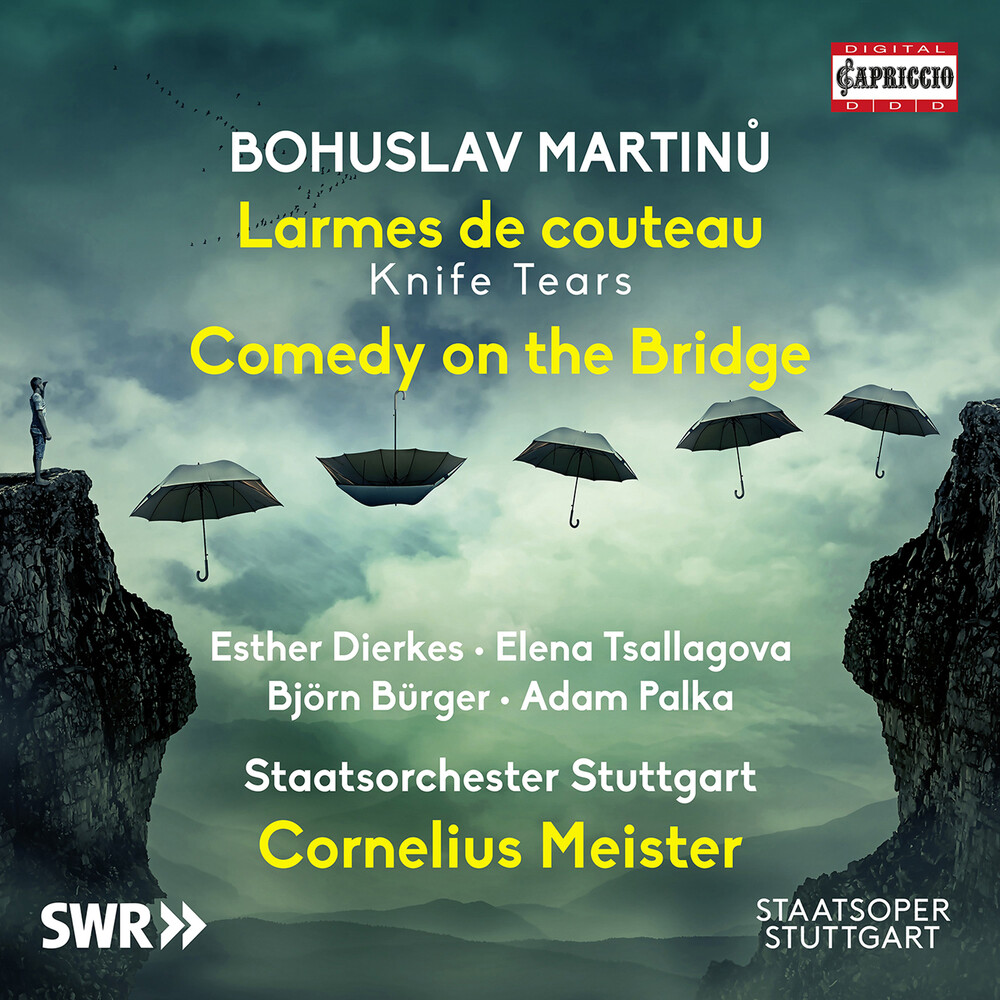 Martinu is a musical chameleon. On the one hand, there's an unmistakable from to his output, on the other hand, he would adopt and adapt just about any style that happened to be en vogue or to his liking. These two one-act operas, presented on record for the first time in their respective versions, are a case in point. There's that cracking little shocker that is Knife Tears (in it's original French version), in which Martinu set an absurdist libretto to the sounds of Le Jazz Hot, Stravinsky, and anything in between. This is juxtaposed with the English version of his Comedy on the Bridge (the one that helped this work to brief fame), which is wildly different (if anything more in the style of Hanns Eisler), despite being separated by a mere seven years.