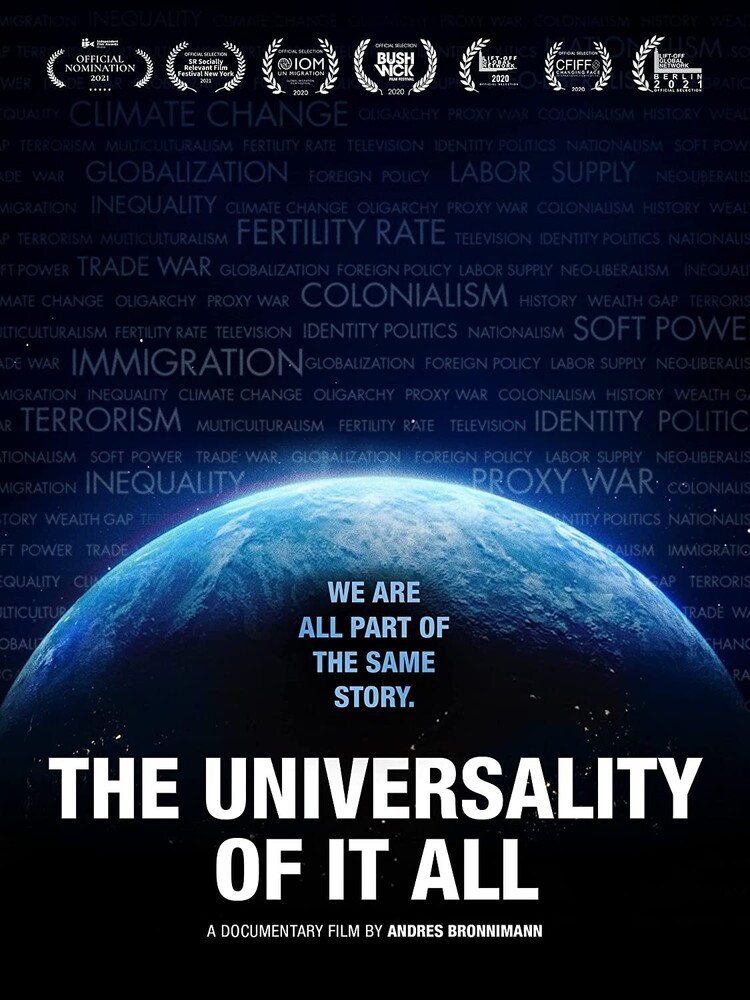 "The Universality of It All" is a feature-length documentary that focuses on the topics of human migration and inequality, blurring the boundaries between film and documentary through a fresh and nuanced perspective. The film is as intimate, as it is informative. It explains the complexity of human migration by providing valuable data and information, but also by showing how it affects the reality of two friends and their day-to-day lives.The filmmaker tells the story of his best friend Emad, a Yemeni refugee living in Vancouver, Canada, and by doing so, he ends up arriving at a profound realization about the interconnectedness of all the major events of the 21st century. The film takes the viewer on a journey around the world, analyzing various cases of migration from an economic and historical perspective, while simultaneously delving into the life, thoughts, and experiences of Emad. This back-and-forth juxtaposition between narratives is what allows the audience to see the similarities and correlations that all migrations on earth share. Other topics addressed include climate change, colonialism, neoliberalism, globalization, identity politics, fertility rates, wealth gaps, trade wars, terrorism, and the media.