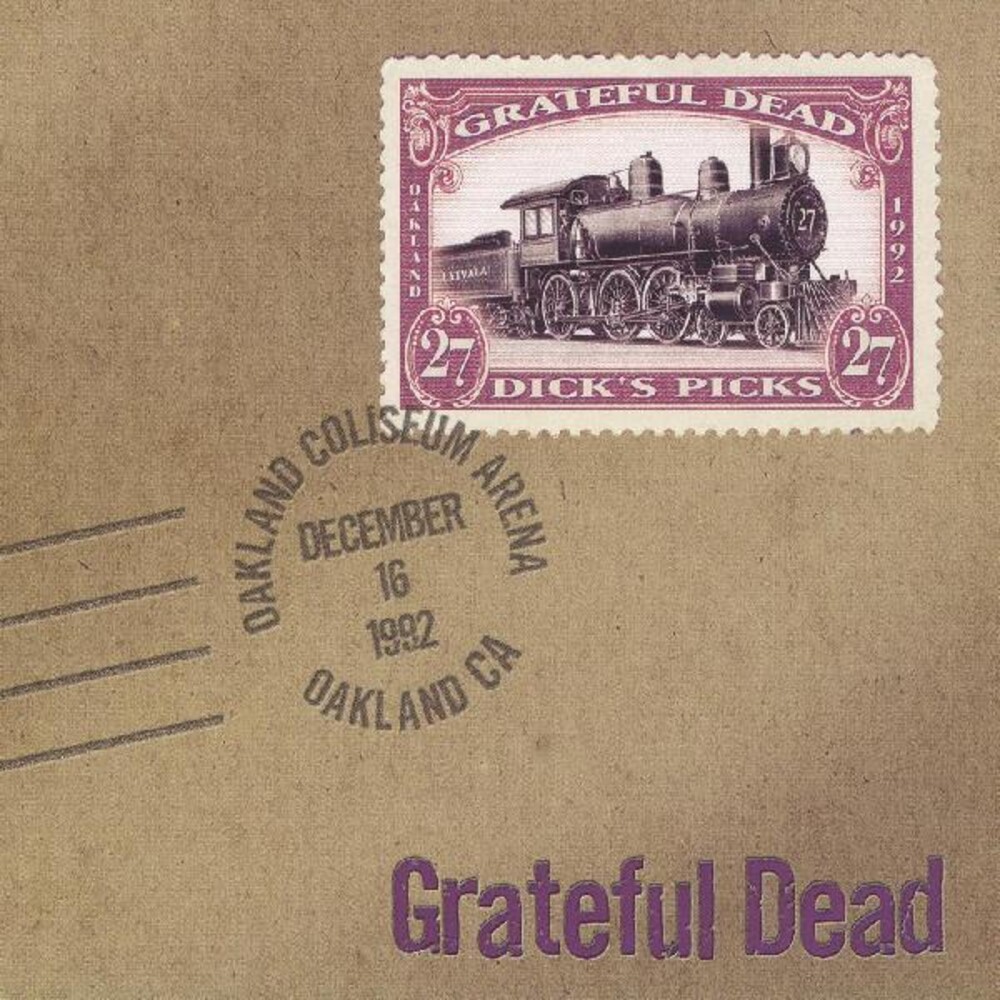 GRATEFUL DEAD: Dick's Picks Vol. 27 Oakland Coliseum Arena, Oakland, CA 12/16/92 (3-CD Set) This is the only Dick's Picks volume to feature the final Dead line-up, with Vince Welnick assuming all keyboard duties after the departure of Bruce Hornsby, and, fittingly enough, it provides quite the showcase for the ex-Tubes keyboardist's vocal chops on the unexpected covers of the Who's "Baba O'Riley" and the Beatles' "Tomorrow Never Knows!" Those are two of the four bonus songs taken from the next night's show at the same venue; the rest of this 3-CD set presents the complete 12/16/92 Oakland show, which offers among it's treasures a rare (albeit abbreviated), '90s reading of "Dark Star," a great, Pigpen-tribute rendition of "Good Lovin'," Bob Weir's fine reading of Willie Dixon's "The Same Thing" and a marvelously exploratory "Playing in the Band/Drums/Space" segment. One of the best '90s Dead shows, presented in HDCD sound never before available in stores!