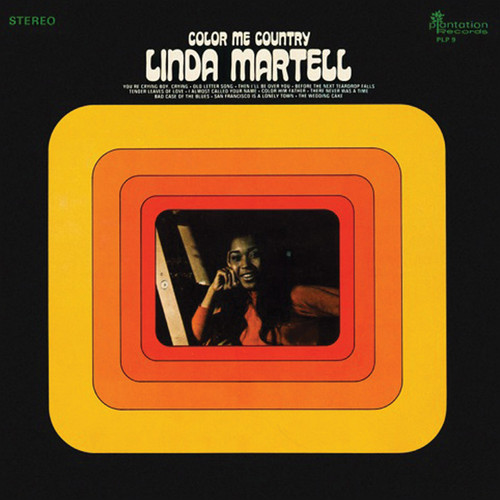 DISC: 1
1. Bad Case of the Blues
2. San Francisco Is a Lonely Town
3. The Wedding Cake
4. Tender Leaves of Love
5. I Almost Called Your Name
6. Color Him Father
7. There Never Was a Time
8. You're Crying Boy, Crying
9. Old Letter Song
10. Then Ill Be Over You
11. Before the Next Teardrop Falls

She was the first African-American woman to hit the country charts (in 1969, with 'Color Him Father'), and the first to appear at the Grand Ole Opry (in August 1969). But, for such a groundbreaking musical pioneer, Linda Martell remains something of a forgotten figure in American music. That's because, despite a trio of hits, TV appearances on Hee Haw and the Bill Anderson Show, and a full dozen appearances at the Opry, she cut her career short in 1974 and returned home to South Carolina to care for her young children. Through the years, though, word of her of talent and achievements in the country music field has spread, not just on these shores but even overseas, as she was the subject of a recent Christmas movie on the Lifetime channel and of a 2014 documentary made for Swedish TV. The time is ripe, then, to reissue for the first time ever her 1969 album cut for Plantation Records (one wonders if the irony of entitling an album by a black country singer Color Me Country on a label called Plantation was intentional or not). This reissue of this landmark album includes notes by Bill Dahl and re-mastering by Mike Milchner.