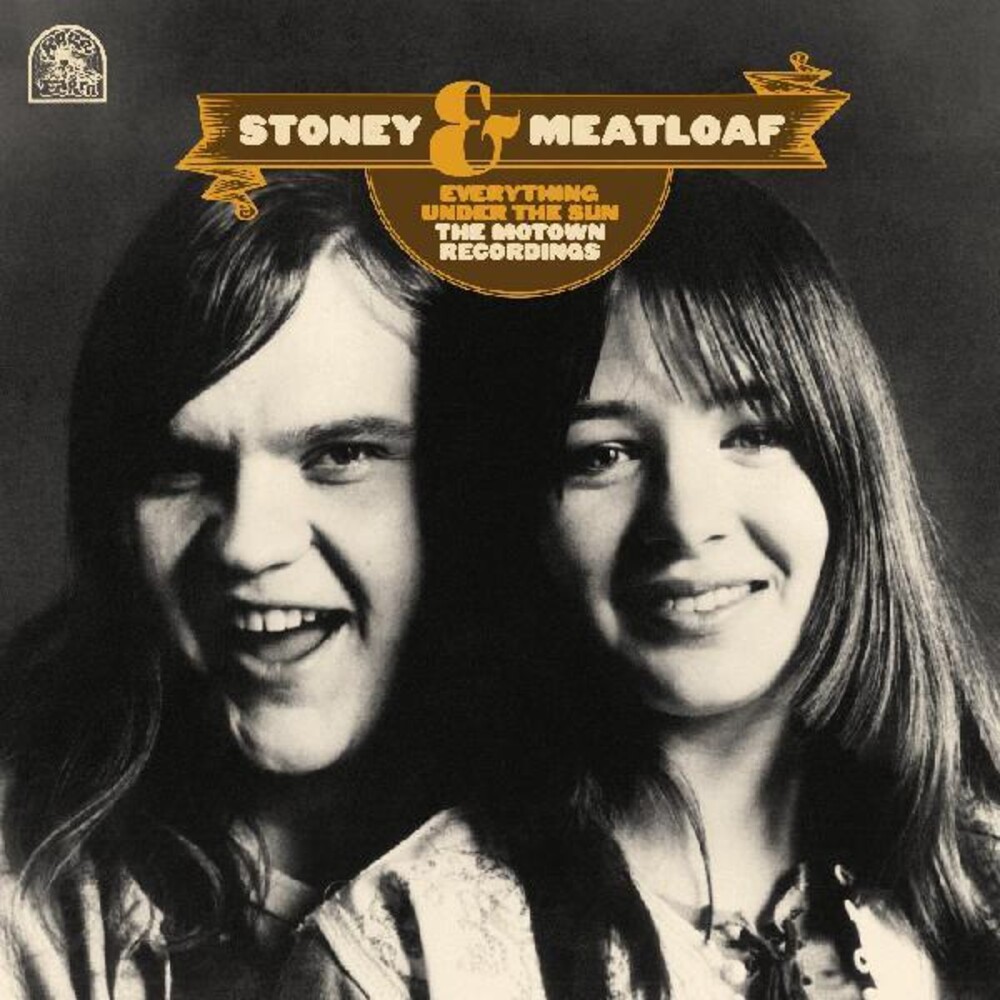 Everything Under The Sun--The Motown Recordings
Artist: Stoney And Meatloaf
Format: CD
CD

STONEY AND MEATLOAF - EVERYTHING UNDER THE SUN-THE MOTOWN RECORDINGS - Meat Loaf exploded to superstardom like a Bat Out of Hell with his 1977 solo debut. But the roots of his success could be traced to his short but blazing tenure with Motown. In 1970, the young performer with the big frame and even bigger voice was garnering rave reviews in the Detroit company of Hair alongside Shaun Murphy, a.k.a. Stoney, a powerhouse blues singer who stopped the show nightly with her incendiary rendition of 'Easy to Be Hard.' Motown quickly saw the potential of this one-of-a-kind duo and signed them to it's rock-oriented Rare Earth imprint. Produced in the Motor City by Ralph and Russ Terrana and Mike Valvano, 1971"s Stoney and Meatloaf boldly fused rock, soul, blues, gospel, funk, and country. But despite Stoney and Meatloaf's explosive vocals, top-drawer songs and production, and the top 40 R&B success of the single 'What You See Is What You Get,' the pair's time at Motown was short-lived. Stoney and Meatloaf remained Meat Loaf's only album to never see an official CD release'until now. Everything Under the Sun: The Motown Recordings from Real Gone Music and Second Disc Records is the ultimate celebration of the late rock hero's singular collaboration with Shaun Murphy. This 2-CD, 28-track anthology premieres the original 1971 Stoney and Meatloaf album on CD and adds rare singles including both sides of Stoney's solo Motown 45. It also premieres six never-before-heard Stoney solo cuts (including songs by Bob Gaudio, Jerry Fuller, and Dan Penn and Spooner Oldham) and brand-new mixes restoring the duo's complete vocals to the outtakes which premiered on 1978"s controversial reissue Meatloaf Featuring Stoney and Meatloaf. Everything Under the Sun has been produced by the team of Joe Marchese and Andrew Skurow (The Supremes, Bobby Darin) and remastered and remixed by Kevin Reeves. The deluxe booklet (inside a 6-panel digipak) features rare and never-before-published photos as well as comprehensive liner notes by The Second Disc's Randy Fairman drawing on fresh interviews with Grammy-nominated Shaun Murphy (Bob Seger, Little Feat) and Ralph Terrana. With the release of Everything Under the Sun'The Motown Recordings, rock and roll dreams do, indeed, come through.