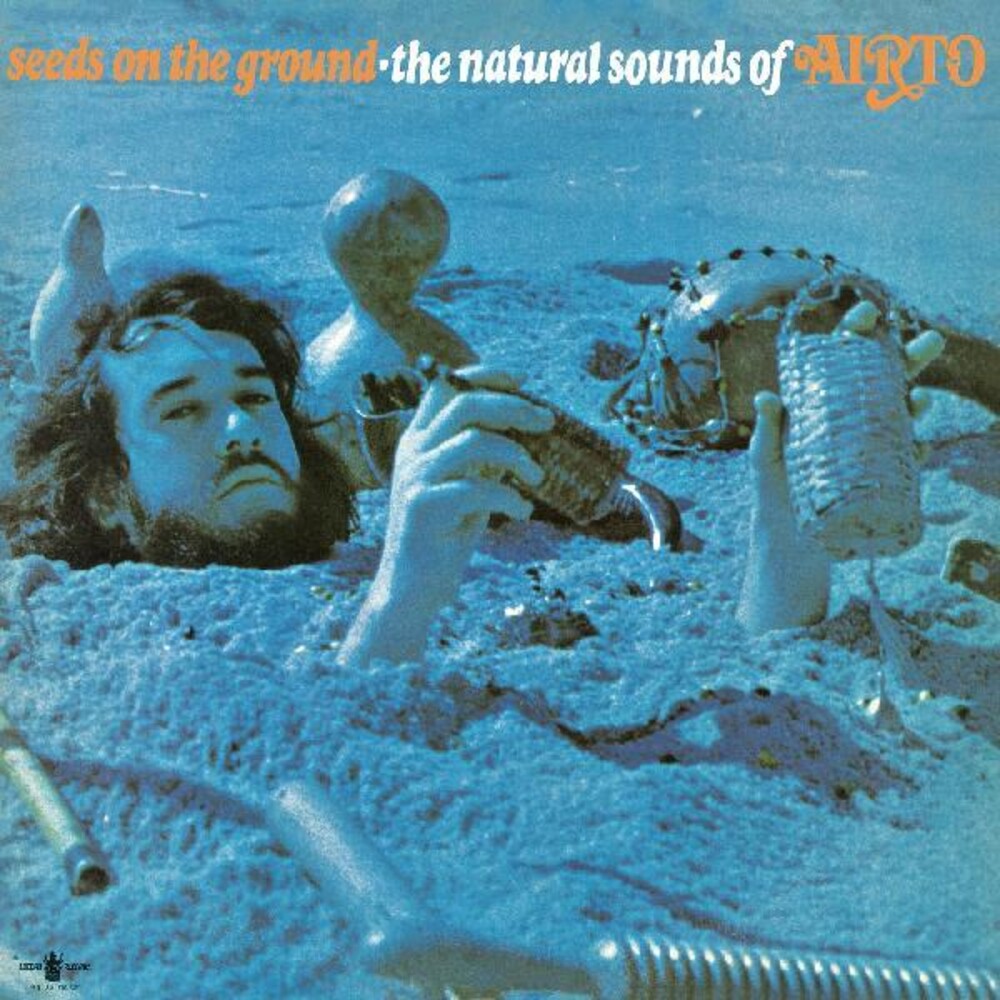 Airto's second album, and second and last release for the Buddah label, brought back largely the same crew that appeared on his debut record Natural Feelings (also reissued by Real Gone): vocalist (and wife) Flora Purim, composer and multi-instrumentalist Hermeto Pascoal, and bassist Ron Carter, with contributions from Dom Um Ramăo (who later replaced Airto in Weather Report) and Severino De Oliveira a.k.a. Sivuca. Given Airto's connections to Miles Davis, Weather Report, and Return to Forever, Seeds on the Ground could easily get lumped into the jazz fusion category. But that would be a mistake. This totally unclassifiable (and, by the way, exceedingly rare) album was no mere blend of rock and jazz influences. Instead, Seeds on the Ground was truly a fusion, an ecstatic melding of bossa nova, psychedelic rock, Brazilian folk, Latin jazz, free jazz, and what we call nowadays 'world music.' If that sounds a bit calculated or intimidating, it's not; what makes this album so compelling is how organic and intimate it all sounds. Airto played with probably the three most legendary fusion groups in jazz history, and later released a bunch of albums, many for the CTI label. But it would be hard not to label this beautiful record as his crowning achievement. Our proud Real Gone reissue features the original gatefold cover art, and comes in an ocean blue vinyl pressing limited to 1000 copies.