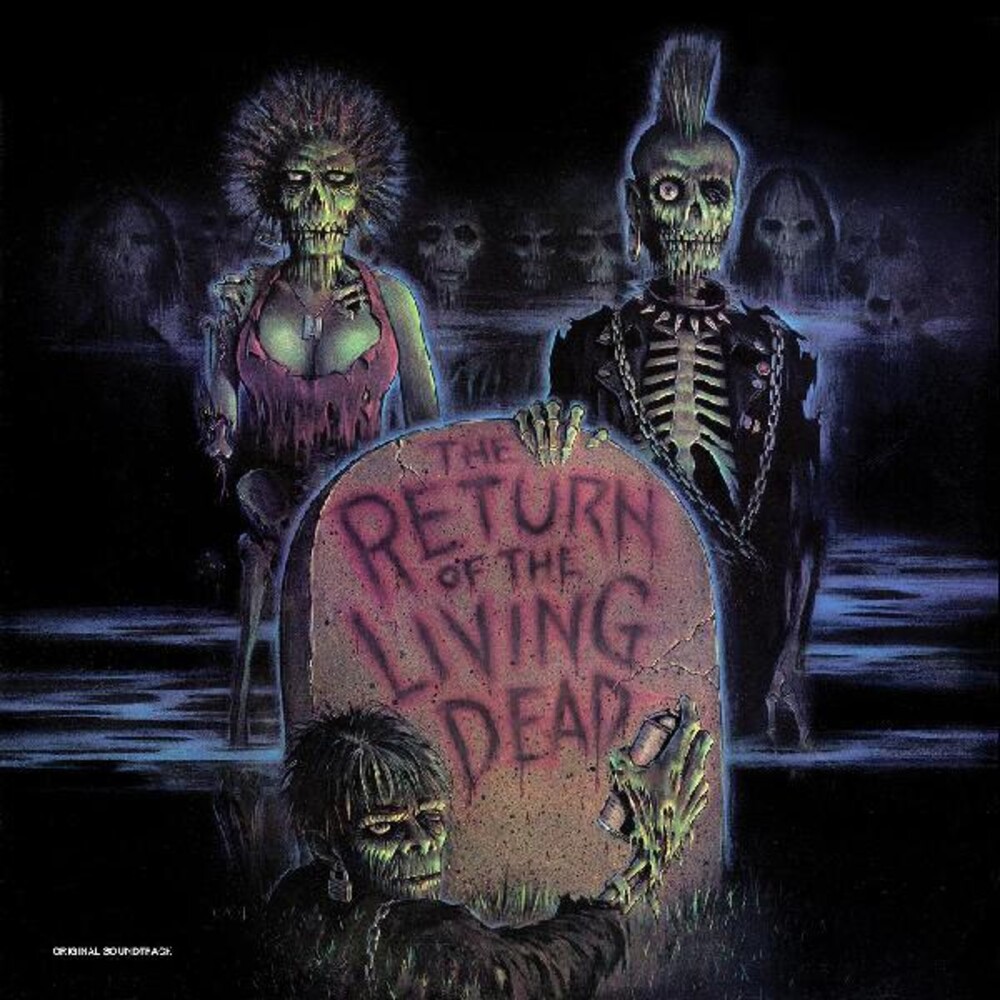 There are zombies'and then there are brain-eating zombies! And Return of the Living Dead was the film where brain-eating zombies got their first lease on, er, life. Co-written by John Russo, who was George Romero's writing partner on Night of the Living Dead, this 1985 quasi-sequel introduced more 'splatstick' humor to the horror formula as well as the indelible image of ghouls groaning 'Braainsss' as they shuffle along. All set to a KILLER score featuring the greatest punk and death rock bands of the era, including The Cramps, 45 Grave, The Flesh Eaters, The Damned, Roky Erickson, The Jet Black Berries, T.S.O.L. and SSQ. This vinyl reissue of this classic soundtrack is just so Real Gone: limited edition clear with blood red splatter vinyl! Braainsss!