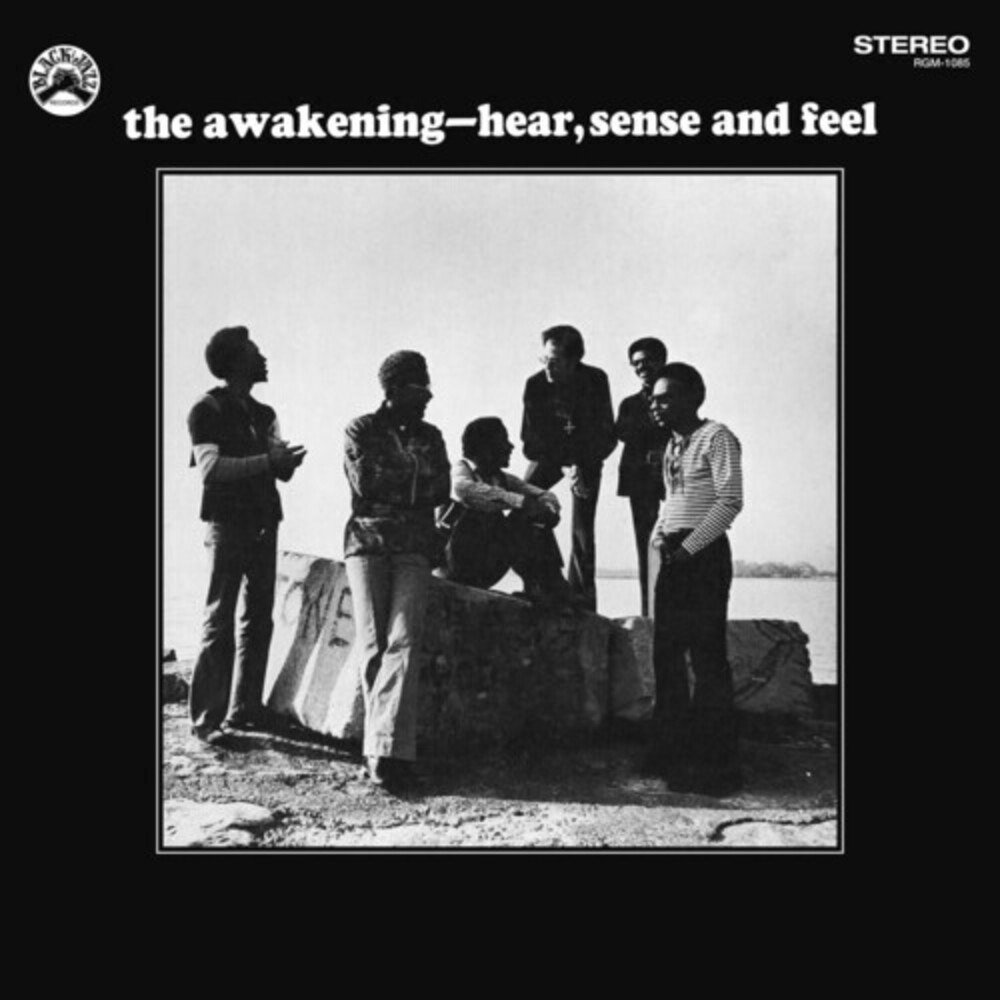 Vinyl LP pressing. The Awakening were the only 'group' recorded by Black Jazz, for which they made two albums; those two releases happen to be among the most collectible in the label's entire catalog, which, given the value Black Jazz titles command in the open market, gives one an idea just how sought-after these records are. Recorded in 1972, Hear, Sense, and Feel marked the band's debut, and featured the same line-up that played on next year's Mirage. Being from Chicago, The Awakening's line-up unsurprisingly boasts a heavy connection to the AACM (Association for the Advancement of Creative Musicians) collective that claimed The Art Ensemble of Chicago among it's most esteemed artists; in fact, both bassist Reggie Willis and tenor saxman/flautist Ari Brown were AACM members and appeared on albums with Muhal Richard Abrams, Lester Bowie, and Anthony Braxton among others. The other members of The Awakening, on the other hand, hailed from the city's soul jazz scene, specifically Young Holt Unlimited, for whom co-leaders trumpeter Frank Gordon and keyboardist Ken Chaney played (trombonist Steve Galloway played on Melvin Jackson's soul jazz classic Funky Skull). And it is that sweet spot, somewhere between the free jazz and Afrocentric explorations of the Art Ensemble and the rhythm-heavy soul jazz sound being recorded at Chicago-based labels like Brunswick and Cadet, that Hear, Sense and Feel lands. Which explains why this album sells for hundreds of dollars online if you can find it at all. Real Gone Music's first-ever LP reissue is pressed on black vinyl at Gotta Groove Records with lacquer cutting by Clint Holley and Dave Polster at Well Made Music. Mike Milchner at Sonic Vision Mastering has remastered the album for both CD and vinyl, and both formats feature liner notes by Pat Thomas, author of Listen, Whitey! The Sights and Sounds of Black Power 1965-1975, that set the scene for both the label and the band. A lost gem worthy of all the attention we think this reissue is going to get!