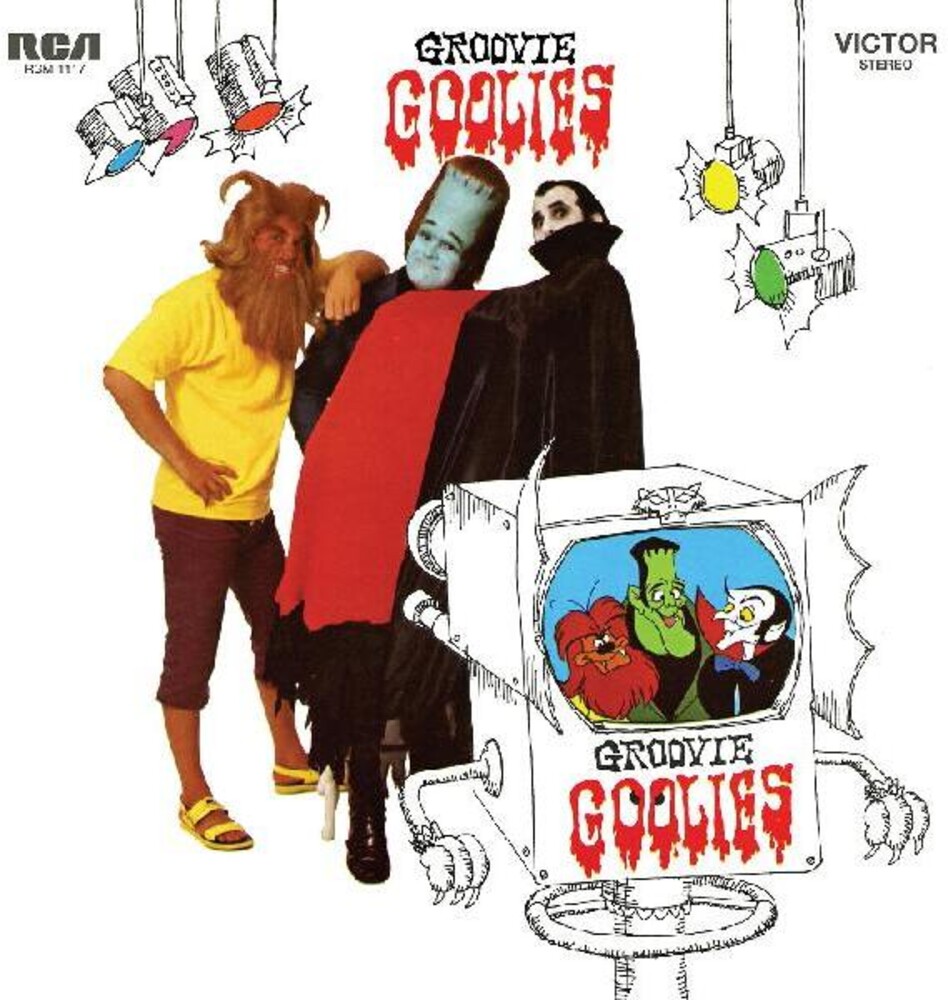 When Filmation Studios landed a late-'60s hit with the Saturday morning cartoon TV show The Archies, it wasn't long before it started looking for more 'sugar' with a similarly music-themed follow-up. Inspired by the success of such shows as The Munsters and The Addams Family, penned by a couple of writers for Laugh-In, and featuring the voice of F-Troop's Larry Storch, Groovie Goolies first aired in September 1970 as a pairing with the Archies spin-off Sabrina, the Teenage Witch. Though it only lasted 16 episodes, the Groovie Goolies cult lasts to this day (even inspiring the name of the S.F. punk band The Groovie Ghoulies). Why? One guess - 'the music! Just like The Archies did with Andy Kim, Ron Dante, and Jeff Barry, Groovie Goolies brought A-list talent to the task of composing and performing two songs for every episode, including Dick Monda and, for this album, Sherry Gayden and Janet Martin a.k.a. Richard Delvy and Ed Fournier of the surf-rock band The Challengers (that's Fournier dressed as Wolfie on the back cover). And playing in the band: legendary guitarist Larry Carlton and Elvis Presley bassist Ron Tutt! The whole record has a very Archies vibe with some very groovy, er, groovie touches, like the fuzztone guitar on 'Save Your Good Lovin' for Me,' the wah-wah on on 'Frankie' and even some sitar. Little wonder, then, that original copies of this 1970 record trade for big bucks'our first-ever vinyl reissue of Groovie Goolies comes in Franken-Green Vinyl limited to 500 copies, and our first-ever CD release includes liner notes by Bill Kopp featuring an interview with Dick Monda!