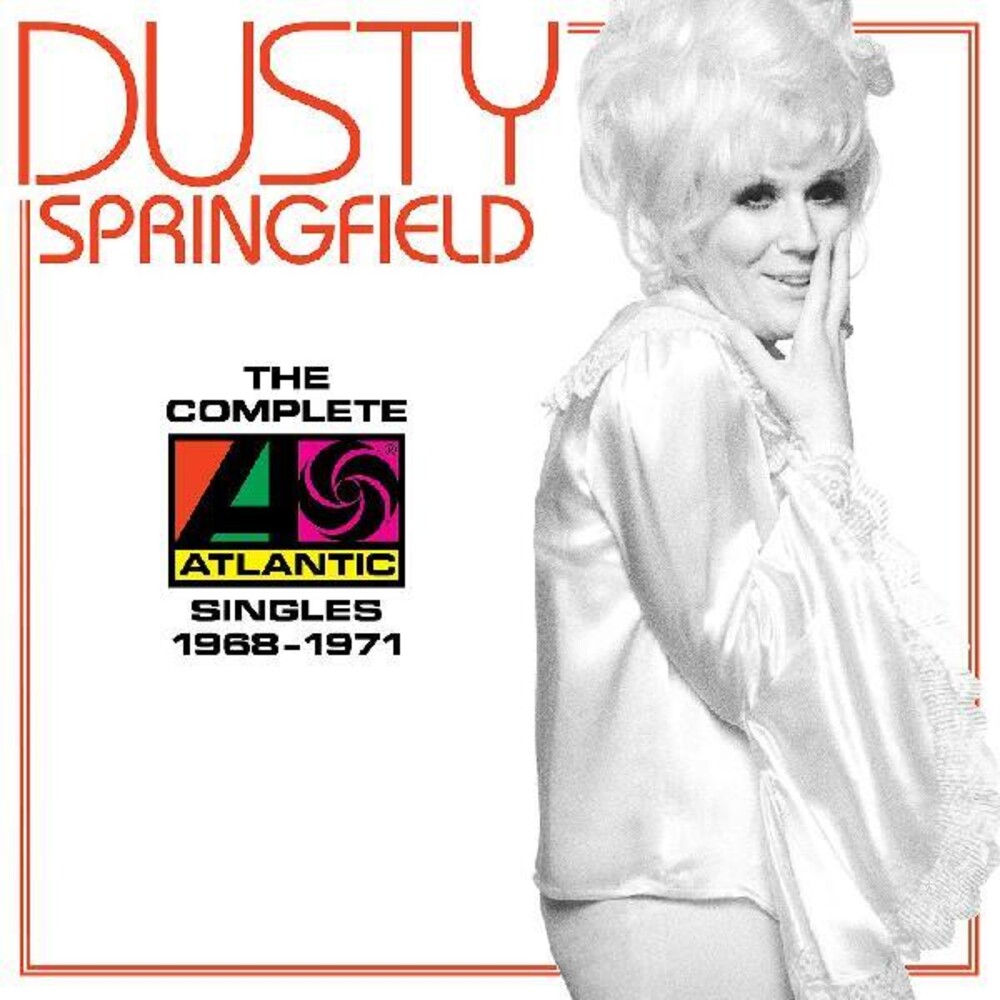 The Complete Atlantic Singles 1968-1971 - In 1968, Dusty Springfield was already an international superstar with 15 hits under her belt for the Philips label when she decided it was time to for a change. What followed was one of the most legendary and momentous label moves in pop music history: Dusty decamped to Atlantic Records, where, under the tutelage of Jerry Wexler, Tom Dowd, and Arif Mardin, she recorded one of the greatest albums of all time, Dusty in Memphis, and scored such indelible hits as 'Son-of-a Preacher Man' and 'The Windmills of Your Mind' before moving on to Philly soul ('A Brand New Me). We at Real Gone Music have closely examined this crucial period in Dusty's career over the years, with three previous releases. But there remains one facet of her Atlantic period which has remained largely untouched: her singles. The Complete Atlantic Singles1968-1971 presents the A and B-sides of all dozen singles she recorded for the label in their original mono single mixes, only eight of which have previously appeared on CD. That's right'only eight (the ones that were on Dusty in Memphis) of these 24 tracks have been on CD, and these singular sides highlight how the move to a more R&B sound at Atlantic (also aided by producers Gamble & Huff and Jeff Barry with such players as The Memphis Boys and The Sweet Inspirations) brilliantly capitalized on the smoky tones of Dusty's mezzo-soprano to create some of the most potent blue-eyed soul ever recorded. Mastered by Mike Milchner from original tape sources, annotated by Joe Marchese, and featuring copious photos, The Complete Atlantic Singles 1968-1971 is an absolute must for any Dusty devotee or any soul fan to boot