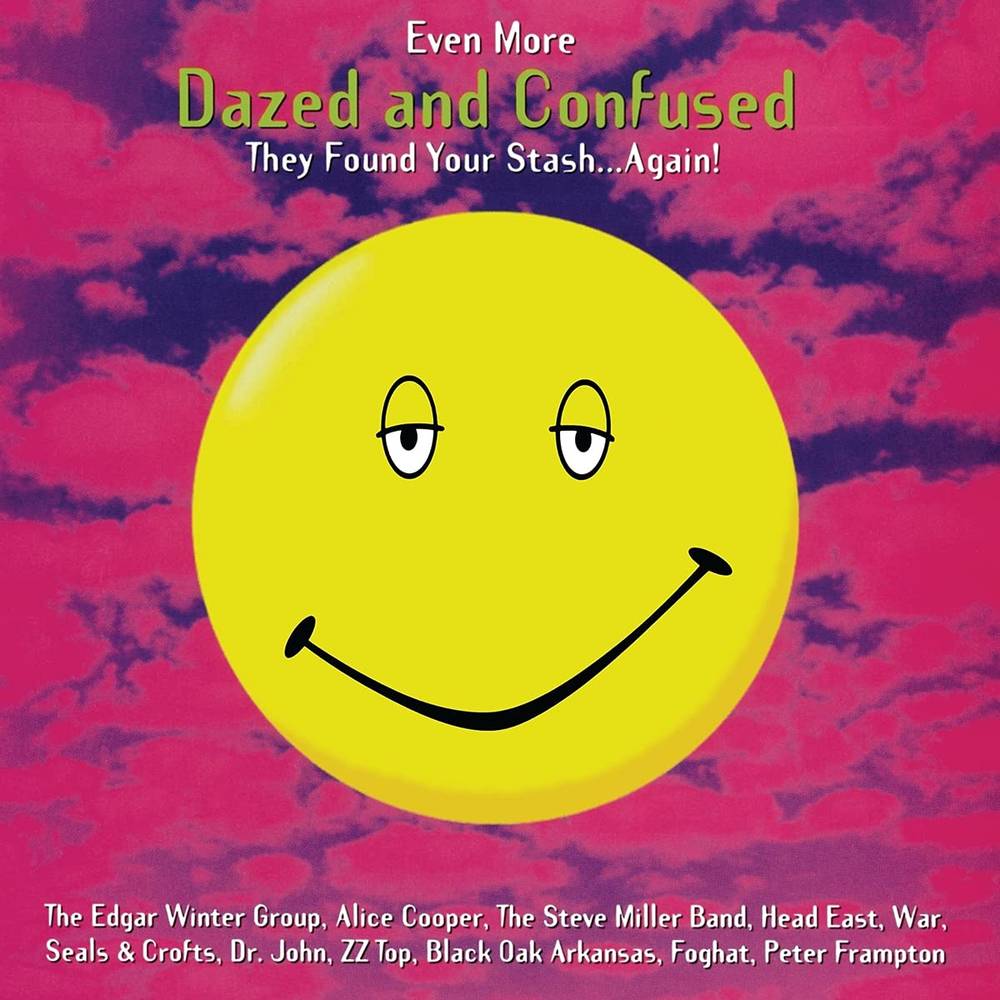 Limited red and white splatter 'Bloodshot Eyes' vinyl LP pressing inside a jacket featuring production stills from the film. Visine not included! The subtitle on the album cover reads, 'They Found Your Stash -Again,' and we are happy to report that this particular musical stash is seeds and stems free! Richard Linklater's 1993 coming-of-age film Dazed and Confused captured the age-old adolescent themes of rebellion vs. Conformity, jocks vs. #nerds, stoners vs. #students, and grown-ups vs. #grads so perfectly that it remains a touchstone movie for each succeeding generation of high schoolers. But it's events unfold at a very specific time and place; namely, the last day of the 1976 school year in Austin, Texas, a moment in rock and roll time which Linklater and his cohorts unerringly capture with a soundtrack that has spawned not one but two releases, of which this is the second.