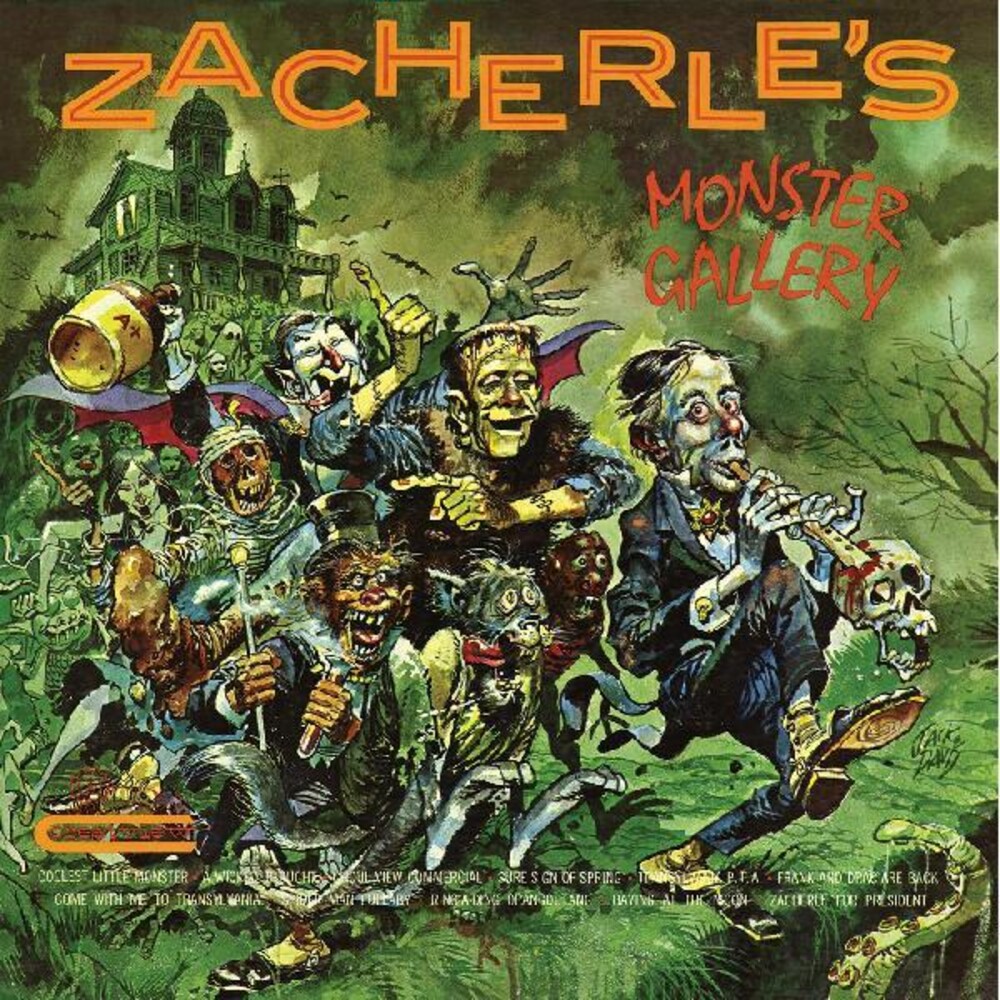 Limited green colored vinyl LP pressing. Fittingly enough, The Cool Ghoul himself, John Zacherle, passed away right around Halloween in 2016, and now we here at Real Gone Music are celebrating his 'deathday' by releasing his incredibly rare album Zacherle's Monster Gallery. This record was originally released in 1963, and was actually a copy of the 1960 Elektra album Spook Along with Zacherley, except for one very important detail: the cover art to the Crestview release was inked by legendary Mad Magazine artist Jack Davis, who actually passed away in 2016 as well. Which probably explains why original copies of this record are selling for about $150 if you can find them! So consider this release a twin tribute to two guys who brought a big smile to millions of kids, especially those on the East Coast that used to see Zach present all those cheesy horror movies on TV. R.I.P., Zach and Jack!