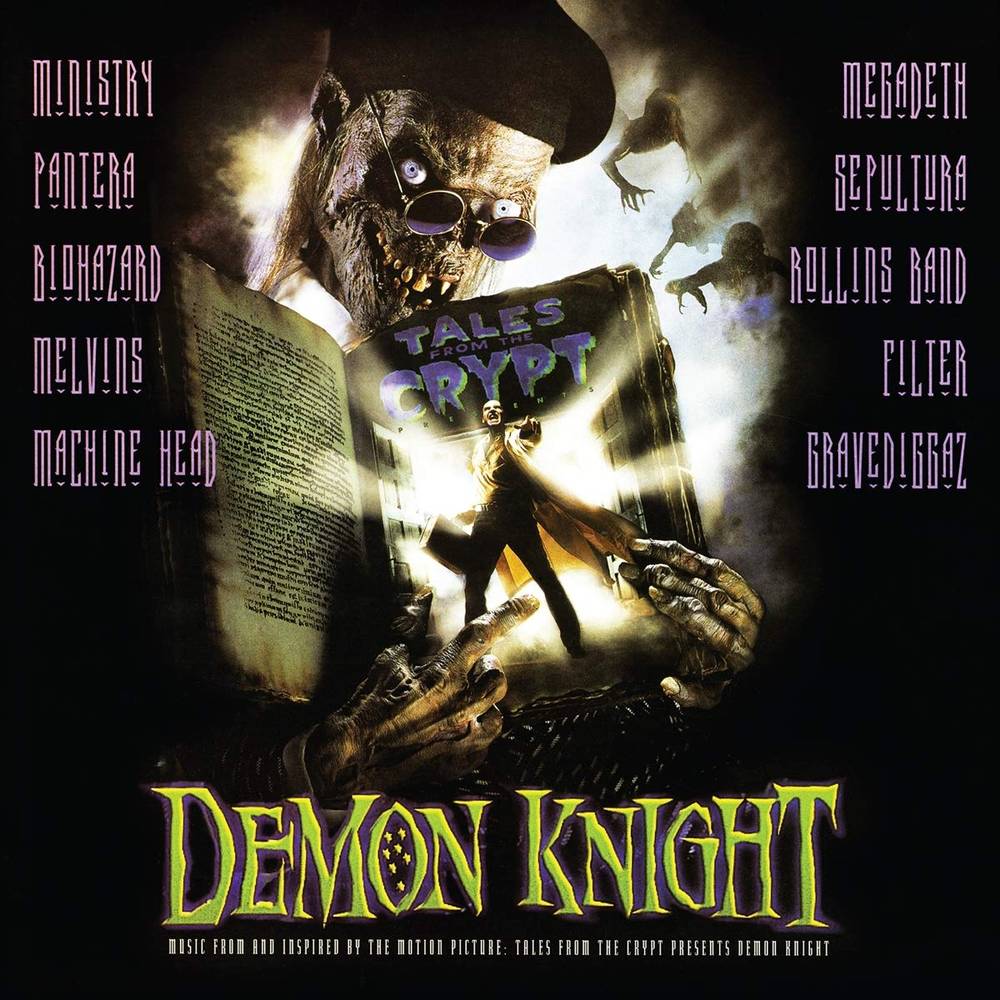 Wanna hear the soundtrack to Armageddon? This 1995 film starred William Sadler as the Demon Knight, who, along with his new recruit, Jada Pinkett Smith, is charged with fending off The Collector (Billy Zane) and his army of demons from acquiring an ancient relic that is the only thing preventing the complete destruction of the human race. While the flick did meh box office and was panned critically, the soundtrack was easily one of the best of its era and of its kind, an all-star line-up of thrash and heavy metal acts mostly doing otherwise unavailable material (only the track by Pantera appears to have been released prior to the movie). The Pantera, Megadeth, Melvins, and Biohazard entries are particulary good, and the one hip hop tune on the collection, Gravediggaz' '1-800-Murder,' is an archetypal 'horrorcore' rap song. But perhaps the best tune is 'Hey Man Nice Shot' by Filter, an outfit that hadn't released anything prior to this soundtrack. Since this movie came out in 1995, it only came out on LP in Europe at the time; our Real Gone reissue brings it back on clear with green and purple swirl vinyl!