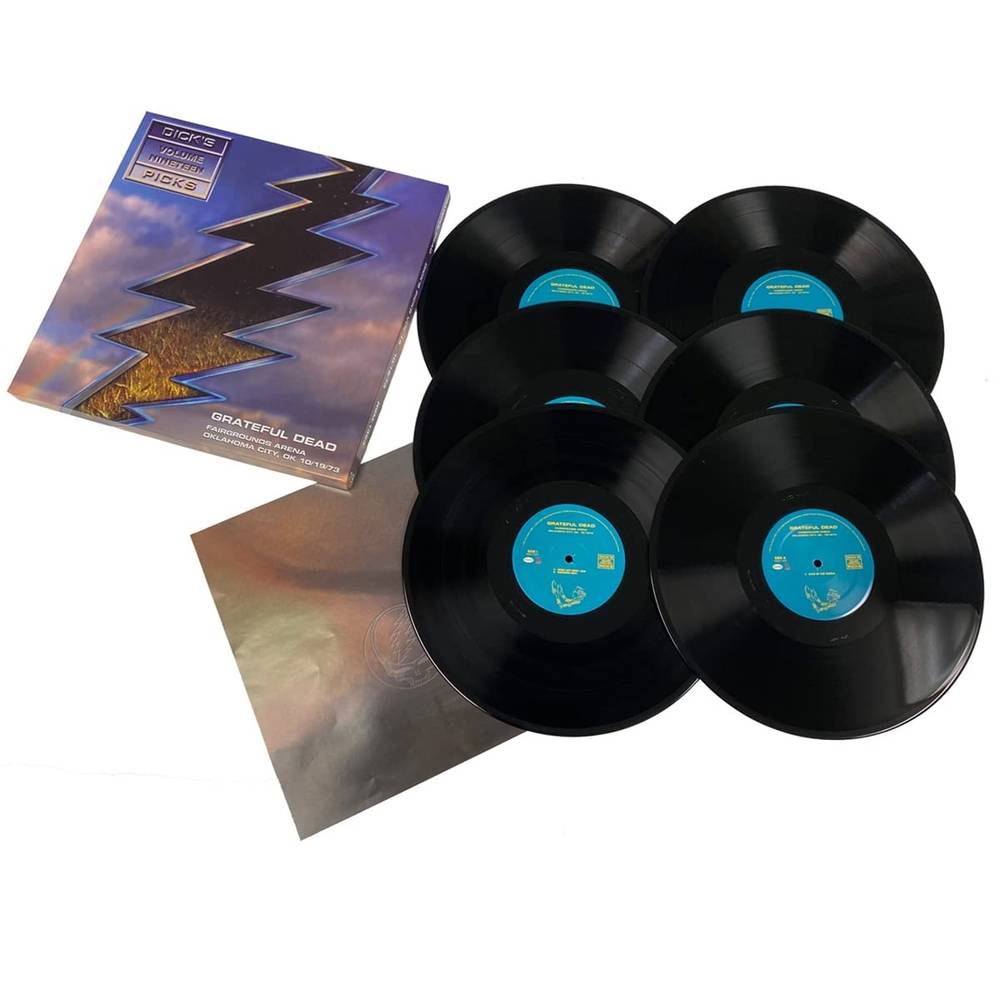 Our previous LP releases of Grateful Dead concerts from the Dick's Picks series have encompassed the years of 1969, 1972, 1974, and 1977" but there's one year on that list that is conspicuous by its absence. That's right...we have yet to release a concert on vinyl from what is arguably the peak year of Dead touring, 1973! And what was the peak tour from that year? Yup, the fall Midwest tour. So, the choice of Dick's Picks Vol. 19 as our next vinyl 'trip' was an easy one. It was the first concert of the tour, and in fact at the time it was the first full 1973 concert to be released. More importantly, with the release of Wake of the Flood just a few days prior, it finds the band invigorated with a wealth of fresh material to explore, highlighted by stellar (no pun intended) renditions of 'Stella Blue' and 'Eyes of the World.' And the two sidelong numbers on the set, 'Playing in the Band' and 'Dark Star' (which leads into a dazzling 'Mind Left Body Jam' and a stirring 'Morning Dew'), achieve sheer improvisational bliss. The original sound mix on this one is superb, and we've taken great care to preserve it and even improve upon it for this release, with mastering for vinyl from the original tapes by the set's original mastering engineer, Jeffrey Norman, lacquer cutting by Clint Holley and Dave Polster at Well Made Music, and a 180-gram black vinyl pressing at Gotta Groove Records. We've also included an insert sporting the graphics from the original release, housed inside a two-piece hardshell box that we've hand-numbered. Limited to 4500 6-LP sets' and if previous experience is any guide, they're gonna go fast!