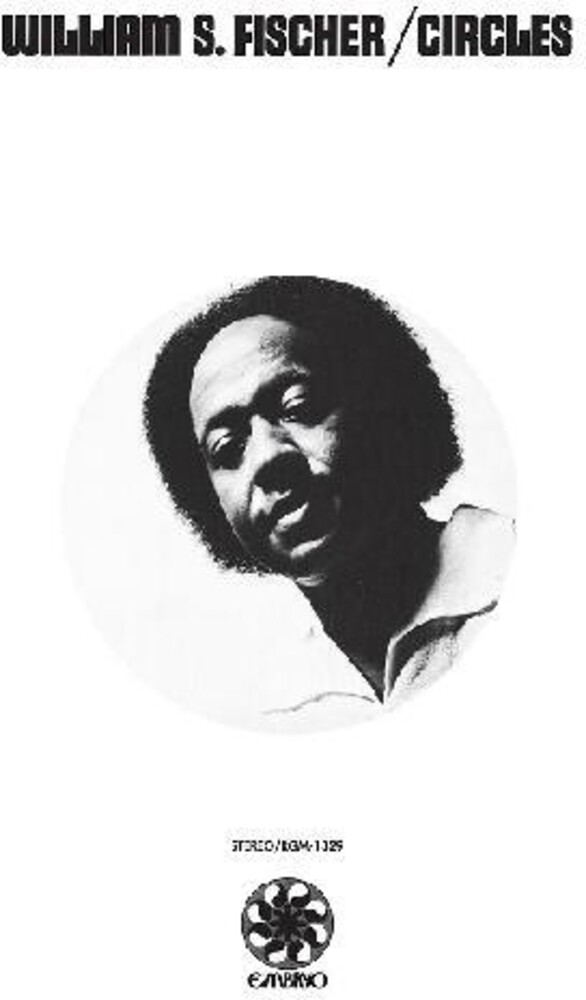 Limited black ice colored vinyl LP pressing. For this, it's first-ever vinyl reissue, we've preserved the original 'circle' cut-out stencil cover and added liner notes by Peter Relic that feature quotes from Fischer himself. 1970 was a time for heady experimentation in popular music, but very few records - and even fewer on major labels - come close to matching the stylistic ground covered by William S. Fischer's album Circles. African-American composer/arranger/keyboardist/saxophonist Fischer grew up woodshedding with the likes of Ray Charles, Fats Domino, Muddy Waters, and Percy Mayfield'and then took a sudden left turn by studying electronic music in Vienna during the mid-'60s. There, he met Joe Zawinul, and ended up penning five of the six tunes on Zawinul's groundbreaking 1968 album The Rise and Fall of the Third Stream. Fischer went on to arrange for Herbie Mann, who signed him to his Embryo imprint for Atlantic Records; Circles was Fischer's one and only release for the label. And he didn't waste the opportunity; an utterly mindblowing mix of Sly Stone funk, heavy Hendrix-y metal, Southern soul, jazz fusion, and Stockhausen-esque explorations on the Moog synthesizer, Circles enlisted the same band (bassist Ron Carter, guitarists Eric Weissberg and Hugh McCracken) that Fischer had worked with while acting as Musical Director on Eugene McDaniels' underground classic Outlaw, complemented by drummer Billy Cobham and a five-piece cello section. With a line-up like that, it's little wonder that the artistic reach of Circles is breathtaking, but it somehow manages to cohere according to it's own internal, crazy logic; it remains one of the most adventuresome and collectible releases of it's day.