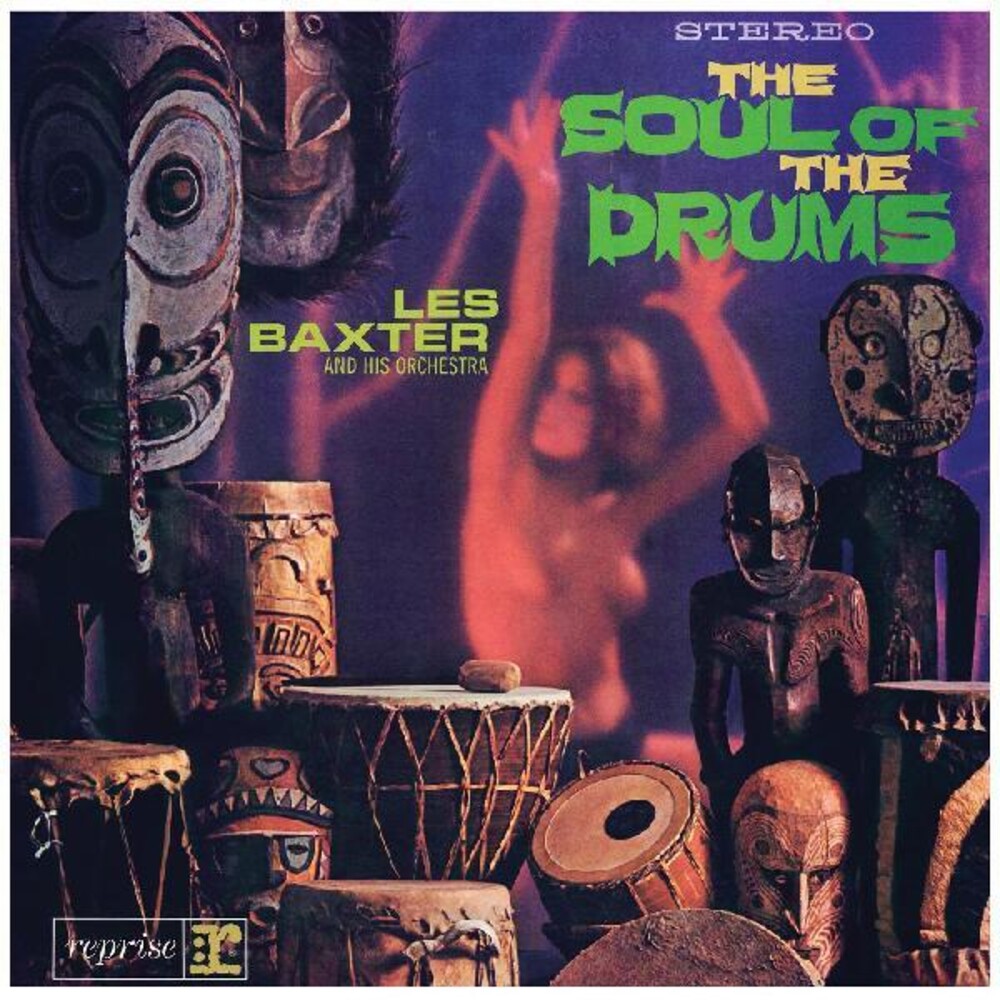 Limited green colored vinyl LP pressing. If Les Baxter's 1951 album Ritual of the Savage invented exotica, his 1963 album The Soul of the Drums perfected it. Here was the sonic Space Age journey to far-flung musical ports that the genre promised: samba and cha-cha-cha rhythms played by African, Brazilian, Cuban and Haitian 'voodoo' drums propel Baxter's typically masterful string and vocal arrangements, colored by some of the most downright fun instruments (glockenspiel, harp, Chinese gong, marimba, and vibraphone) in all of creation. It's a sultry and gently swaying ride to the bottom of an umbrella drink, crafted by one of the best musical bartenders ever to wave a swizzle stick, er, baton.