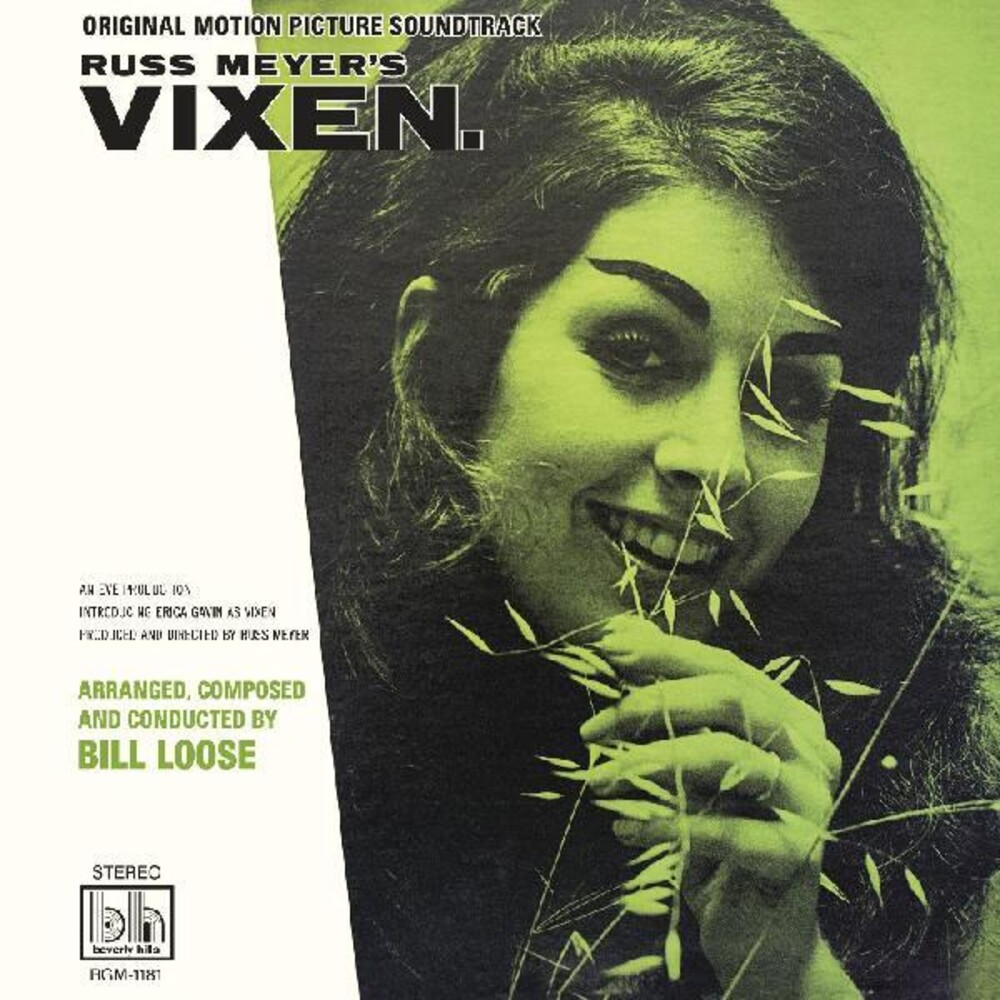 RUSS MEYERS VIXEN (ORIGINAL MOTION PICTURE) - What does the soundtrack to the first film ever to get an 'X' rating for it's sex scenes sound like? Well, thanks to composer William 'Bill' Loose, Vixen met it's perfect musical match! Loose is one of those cult composers whose work you've heard much more than you've heard of the man himself. During WWII, he led the U.S. Army Air Forces Orchestra in New York, and then was hired in the mid-'50s to be in charge of Capitol's extensive musical cue library (at one time two dozen TV shows were using his cues)! From there he branched out into composing themes for shows like The Hollywood Squares and serving as Musical Director for The Doris Day Show. Starting in the late '60s, though, Loose's career took a sharp left turn, as he composed soundtracks for some of the most notorious 'B' movies of all time including the outlaw biker film The Rebel Rousers and Jack Hill's The Swinging Cheerleaders. But what lends his career true cult status is without a doubt the work he did for sexploitation director Russ Meyer; Loose composed the soundtracks for many of Meyer's films, but unfortunately Vixen is only one of two to be released on LP. Which is too bad'it's a rollicking mix of rock and roll, absurdist program music, bump-and-grind jazz, and old-fashioned widescreen, string-heavy vistas. Pressed in perversely purple vinyl, and mastered at 45 R.P.M. for maximum audio pleasure!