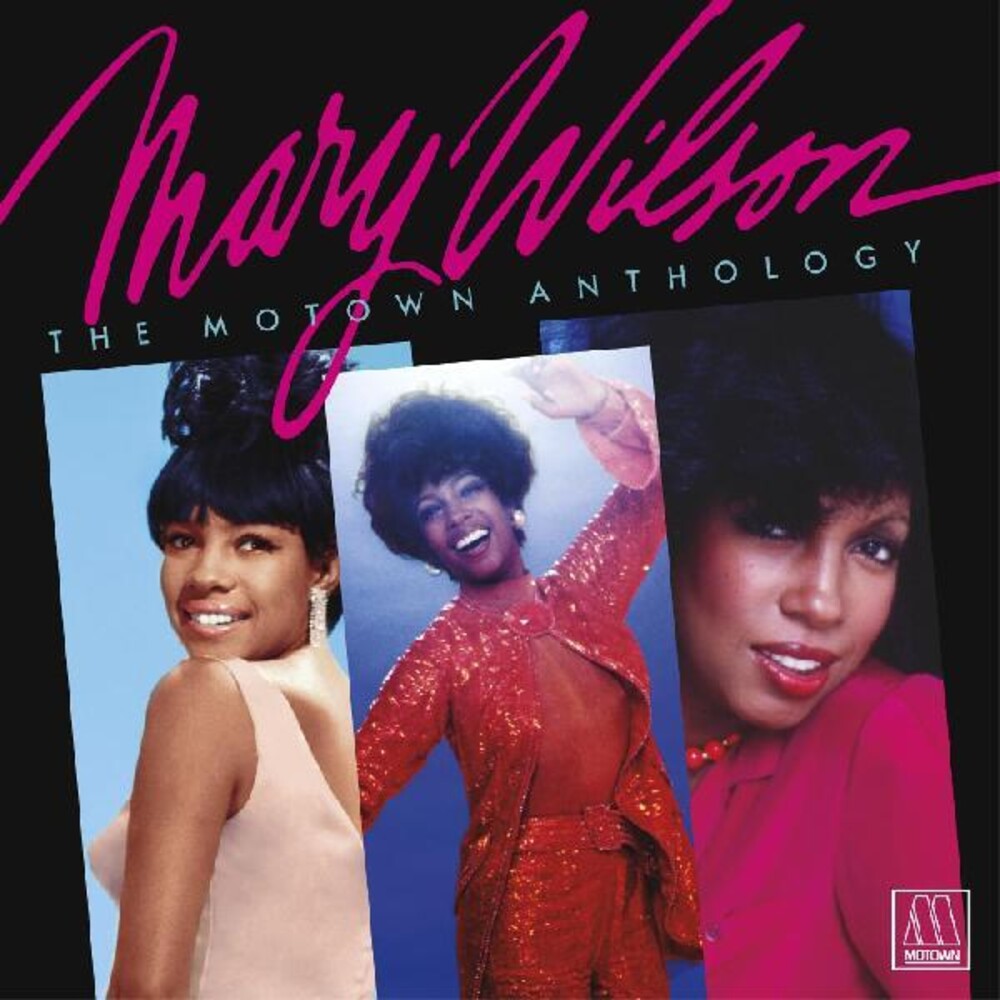 Two CDs. Singer, activist, author, fashion icon, actress, mother, grandmother, friend, trailblazer, legend, Supreme: Mary Wilson earned her place in music history. She was the only original member of The Supremes in every incarnation of the groundbreaking group from beginning to end (1961 to 1977) but her story didn't end when The Supremes did. Now, the late superstar's remarkable legacy of music is being collected for the very first time in a deluxe set. Real Gone Music and Second Disc Records are proud to present Mary Wilson's The Motown Anthology. This comprehensive overview of Wilson's Motown discography presents 38 songs, including a whopping 33 tracks only available physically on this collection. It boasts nearly two dozen Supremes classics, deep cuts, and never-before-heard songs (most in stunning new mixes) from a host of songwriters including Berry Gordy, Smokey Robinson, Holland-Dozier-Holland, Deke Richards, Barry Mann and Cynthia Weil, Thom Bell and Linda Creed, and others. In addition to the worldwide CD debut of the 1979 Mary Wilson album, The Motown Anthology premieres on CD solo tracks produced by the late Gus Dudgeon, the first-time-available album version of Mary's new single 'Why Can't We All Get Along,' and Eric Kupper's remix of 'Red Hot.' The set has been produced by the team of Andrew Skurow, George Solomon, and Joe Marchese and mixed and mastered by Kevin Reeves. It's 44-page booklet is stuffed with rare and previously unpublished color photos plus liner notes from Marchese, Skurow, and best-selling author Mark Bego. Secretary Hillary Rodham Clinton has penned a special appreciation, as well, for this ultimate celebration of the late, great Supreme legend Mary Wilson.