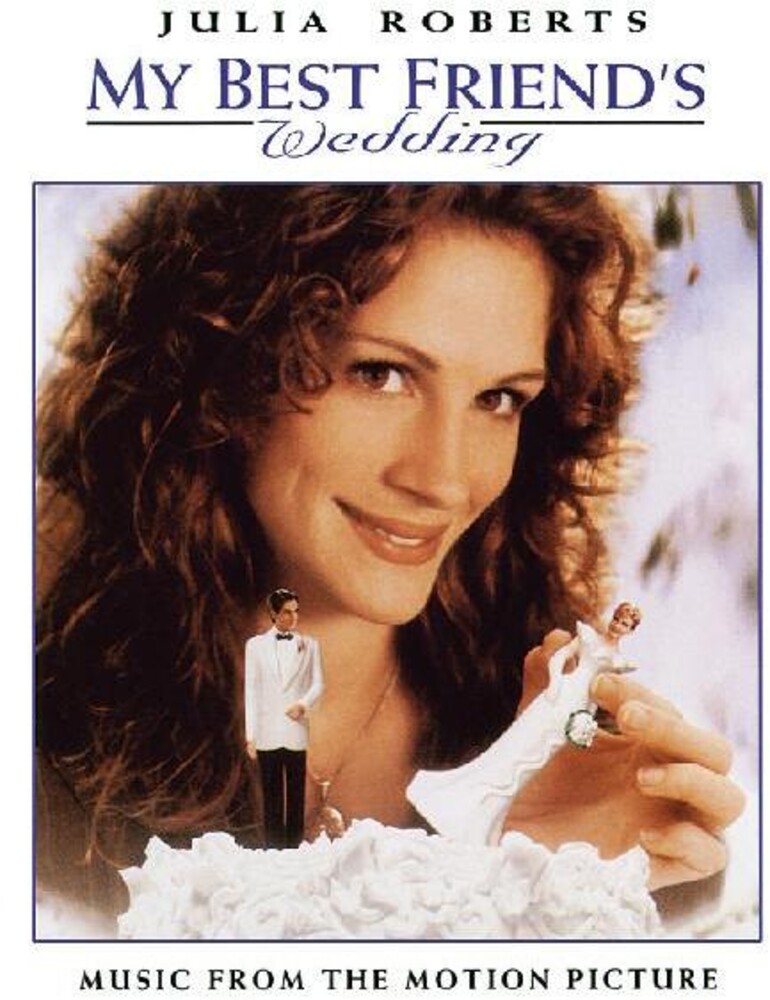 (Please call first)
DISC: 1
1. I Say a Little Prayer - Diane King
2. Wishin' and Hopin' - Ani Difranco
3. You Don't Know Me - Jann Arden
4. Tell Him - the Exciters
5. I Just Don't Know What to Do with Myself - Nicky Holland
6. I'll Be Okay - Amanda Marshall
7. The Way You Look Tonight - Tony Bennett
8. What the World Needs Now Is Love - Jackie Deshannon
9. I'll Never Fall in Love Again - Mary Chapin Carpenter
10. If You Wanna Be Happy - Jimmy Soul
11. I Say a Little Prayer - the Cast of "My Best Friend's Wedding"
12. Suite from "My Best Friend's Wedding" - James Newton Howard

Limited black and white 'tuxedo' vinyl LP pressing. You're invited to the first vinyl release of the soundtrack to the classic rom-com My Best Friend's Wedding! This 1997 film brilliantly brought the genre into the modern age with Julia Roberts as a hellbent wedding wrecker and Rupert Everett as her gay best friend and reluctant co-conspirator. And the film's soundtrack went Top 20 on the U.S. charts with a heavy dose of Burt Bacharach-Hal David songs featuring both original (Jackie DeShannon's "What the World Needs Now Is Love") and more contemporary takes (Ani DiFranco's "Wishin' and Hopin';" Mary Chapin Carpenter's "I'll Never Fall in Love Again"). And, of course, everybody joins in for a roof-raising "I Say a Little Prayer!" We've crafted a jacket and an inner sleeve boasting production stills for the film.