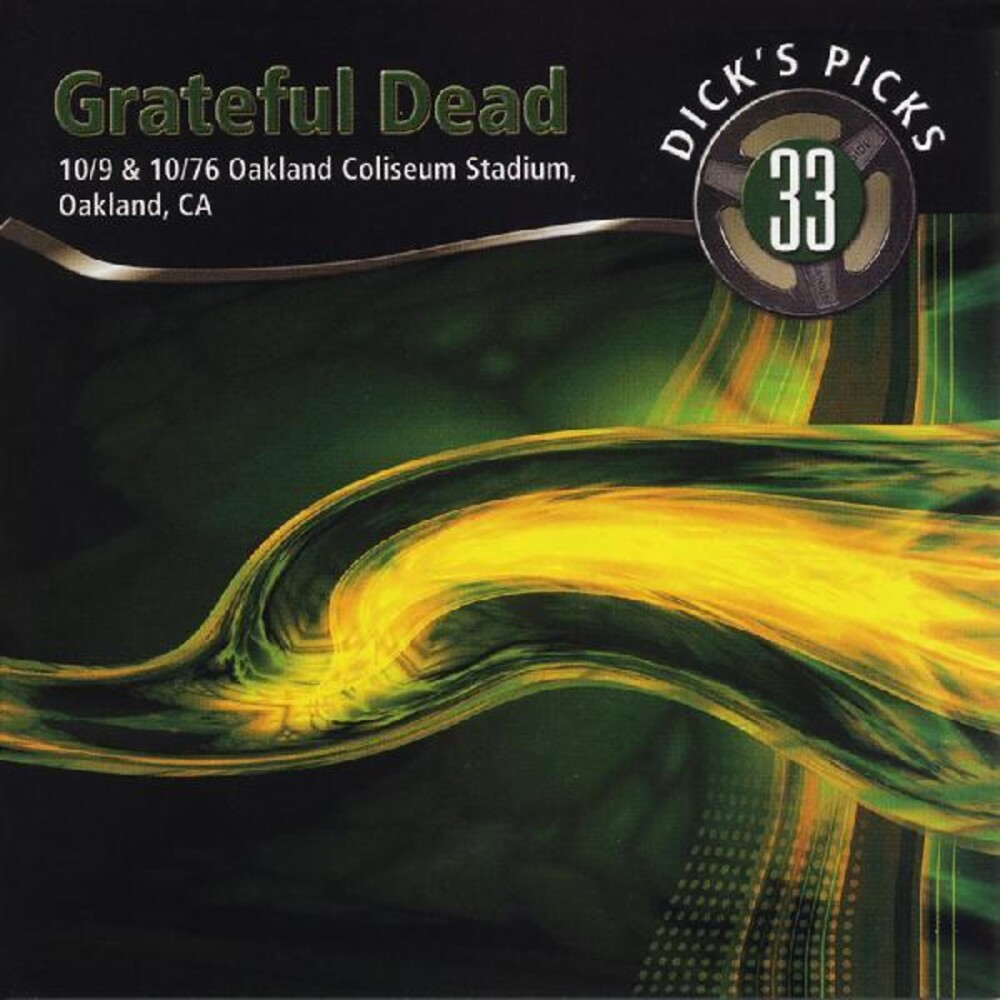 Limited eight vinyl LP box set. Trying to decide which Grateful Dead concert to reissue on vinyl is kind of like ordering from the menu of a three-star restaurant: no matter what you pick, it's not just going to be good, it's also going to be unique and memorable. Faced with such an embarrassment of riches, and trying to remain true to our vision of hitting a different year with each release, we decided to do what any sensible Dead Head would do: go BIG. Hence, our 8-LP release of Dick's Picks Vol. 33! Fresh from a year-and-a-half touring hiatus, and back to full, two-drummer strength, the Dead opened for The Who as part of Bill Graham's historic Day on the Green concerts in 1976. This Pick captures both dates in their entirety, and features one of the most monumental medleys (and that's sayin' something!) in band history with a 60-minute, 10-song journey through "St. Stephen"/"Not Fade Away"/"St. Stephen"/"Help on the Way"/"Slipknot!"/"Drums"/"Samson and Delilah"/"Slipknot!"/"Franklin's Tower"/"One More Saturday Night" on the first day. Day two offers excellent takes on two solo Garcia favorites, "Might as Well" and "The Wheel," that were new to the concert repertoire and a particularly fine "Ramble on Rose" among other highlights.