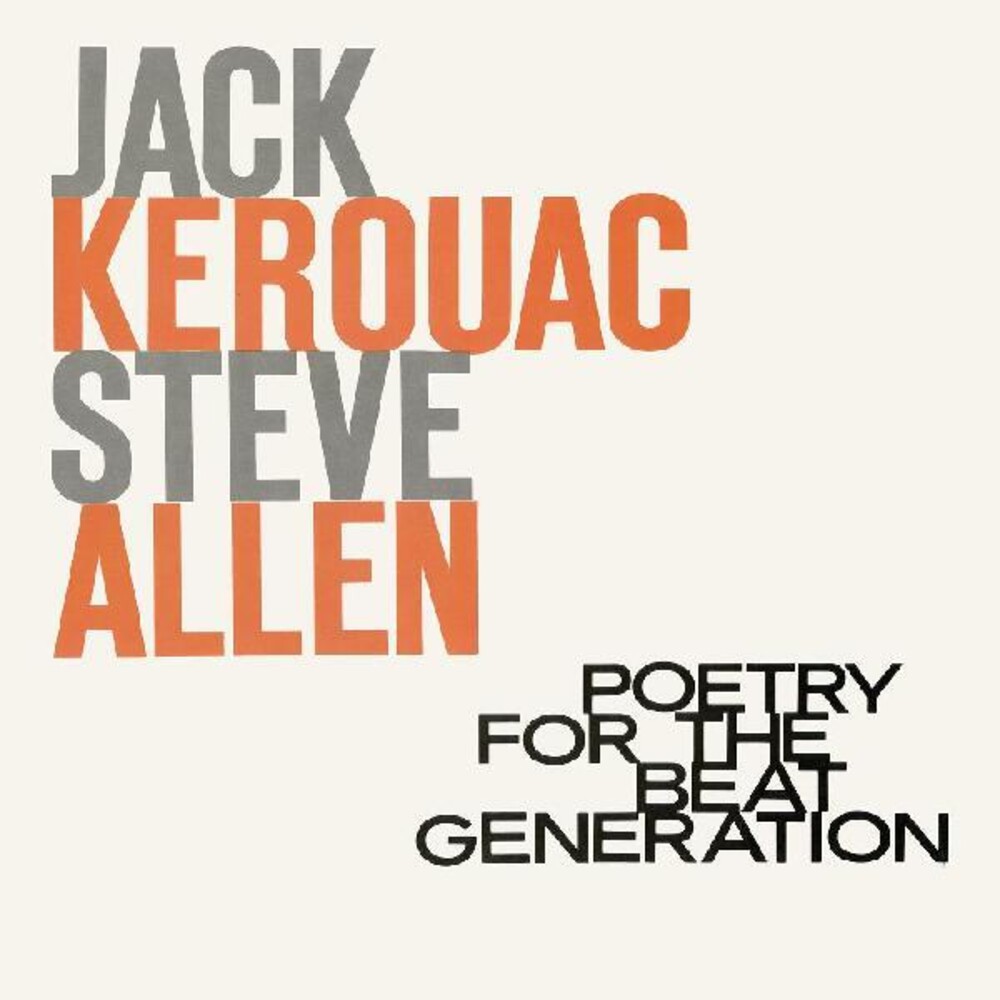 DISC: 1
1. October in the Railroad Earth
2. Deadbelly
3. Charlie Parker
4. The Sounds of the Universe Coming in My Window
5. One Mother
6. Goofing at the Table
7. Bowery Blues
8. Abraham
9. Dave Brubeck
10. I Had a Slouch Hat Too One Time
11. The Wheel of the Quivering Meat Conception
12. McDougal Street Blues
13. The Moon Her Majesty
14. I'd Rather Be Thin Than Famous

The story behind this album, which marked Jack Kerouac's debut as a recording artist, is almost as fascinating (but not quite) as the performances it contains. Kerouac had completely bombed in his first set during a 1957 engagement at the Village Vanguard when TV personality, comedian, and musician Steve Allen volunteered to accompany him on piano during the second. The results were so impressive that legendary engineer Bob Thiele then brought the duo into the studio to record an album for Dot Records. In true, stream-of-consciousness, Beat fashion, the entire album was cut in one session with one take for each track, Allen's piano weaving in and out and occasionally commenting on Kerouac's verbal riffs to great effect. However, when Poetry for the Beat Generation was ready for release in March 1958, Randy Wood, the president of Dot Records, was appalled by the then-daring language and subject matter and canceled the release... but not before 100 promo copies got out (and if you have one you're set for life)! Thiele then left the company over the dispute and got the master tape in the bargain, which he finally released on the Hanover label which he founded with Allen in June 1959. That release still stands as one of the most momentous spoken word albums not just of the '50s but of all time... and we at Real Gone Music are proud to bring it to you in a milky clear vinyl version in Jack Kerouac's 100th birthday year!