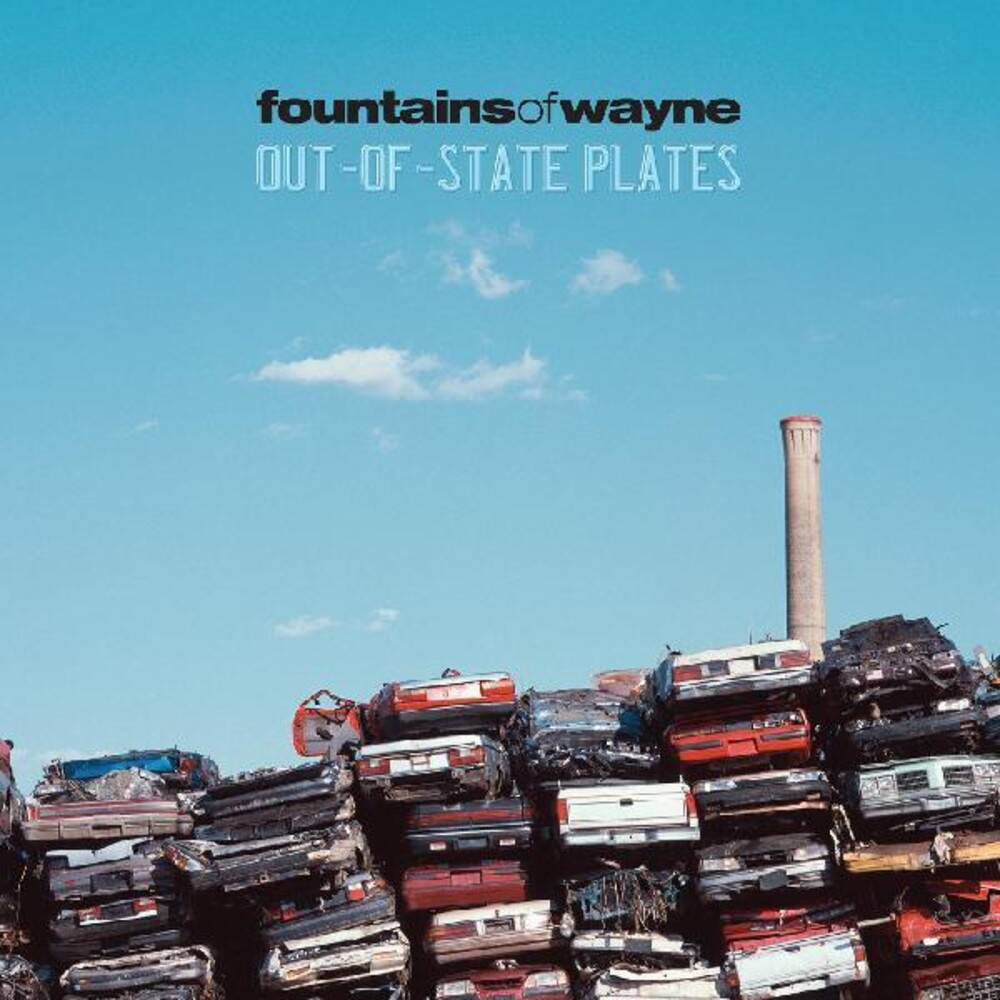 Led by the scintillating songwriting team of Chris Collingwood and the late, great Adam Schlesinger, power pop maestros Fountains of Wayne put out a number of absolutely brilliant albums, of which we at Real Gone Music have been fortunate so far to reissue two, Welcome Interstate Managers and Traffic and Weather. But of all the great records released by this New York-area band, this one, the 2005 odds `n' ends 2-CD set Out-of-State Plates, remained reportedly among the closest to the heart of Schlesinger, who died tragically of COVID in 2020. A mixture of demos, B-sides, live performances, and unreleased tracks (the great "Maureen" and "The Girl I Can't Forget"), it's an always entertaining, often hilarious, and (of course!) never less than tuneful romp through about a decade's worth of recordings, all wittily annotated by Collingwood and Schlesinger. Covers both heartfelt and tongue-in-cheek (Jackson Browne's "These Days" and Britney Spears' "Baby One More Time") and holiday fare ("I Want an Alien for Christmas," "Chanukah Under the Stars") lie alongside such B-side gems as "Baby I've Changed" and "I'll Do the Driving" and a live "She's Got a Problem." For its vinyl debut, we've created a fetching gatefold featuring the duo's commentary inside, and pressed this 2-LP set in "Junkyard Swirl" vinyl to match the cover photo. Rummage around the collective psyche of one of the greatest indie rock acts of the last 30 years!