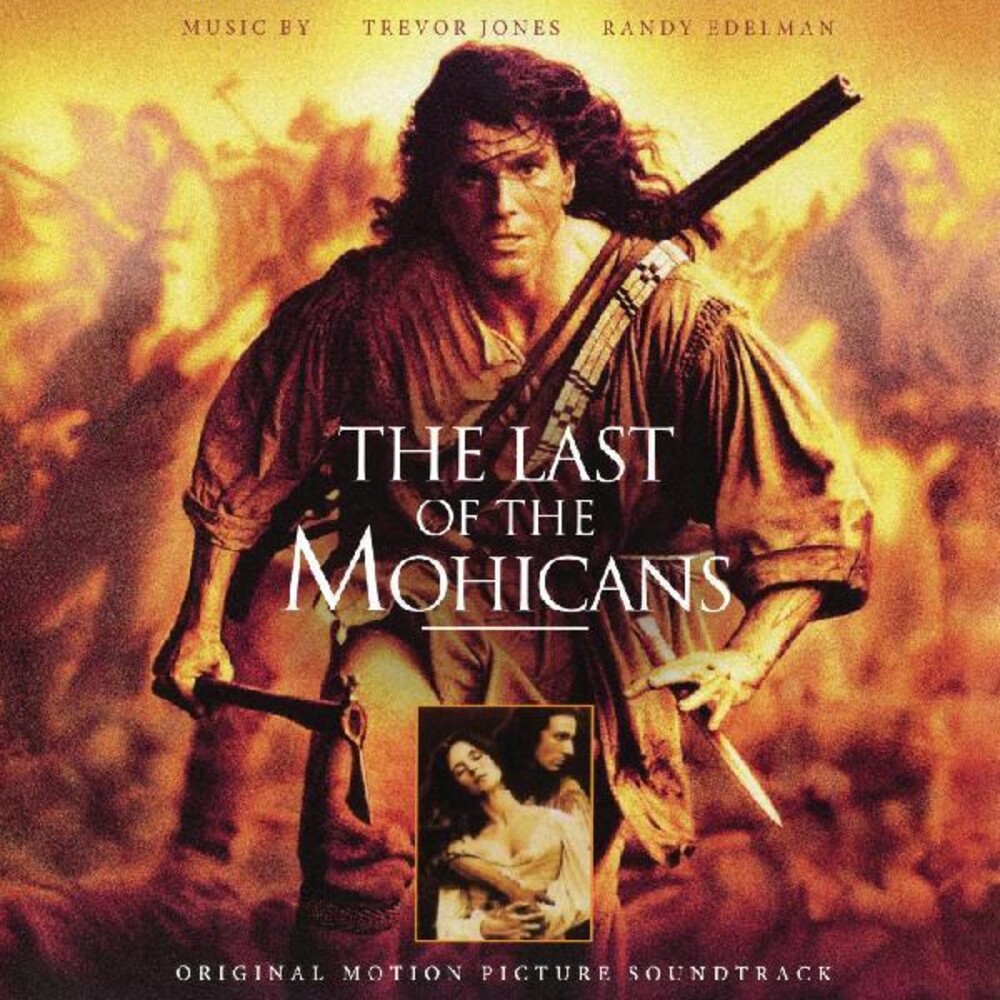 Rare is the soundtrack that as time passes overshadows the film of which it was a part, but that's what has happened in the years since the 1992 release of The Last of the Mohicans. Not that the film is any slouch; Michael Mann's epic retelling of James Fenimore Cooper's frontier tale is a cable TV fixture and more evidence that Daniel Day-Lewis is one of the great actors of our time. But the film's music has emerged as easily one of the most popular scores of '90s cinema, with the "Main Title" in particular having become a part of our popular culture the same way as, say, the signature themes from Titanic, Star Wars, and other blockbusters. What makes it even more extraordinary is that the movie's score emerged from postproduction turmoil as the work of two different composers, Trevor Jones and Randy Edelman. Jones' work is more of the traditional orchestral soundtrack ilk, Edelman's has a more contemporary feel, but somehow it all fits, with the closing credit song "I Will Find You" by Clannad an added bonus. Long a bestselling soundtrack CD, we at Real Gone Music are releasing this revered soundtrack on vinyl in orange with black streaks "smoke and fire" vinyl limited to 1000 copies, inside a gatefold festooned with production stills. Guaranteed to get your blood stirring!